October 2, 2015by Guest3 CommentsFeatured, Ideas, The story of poverty 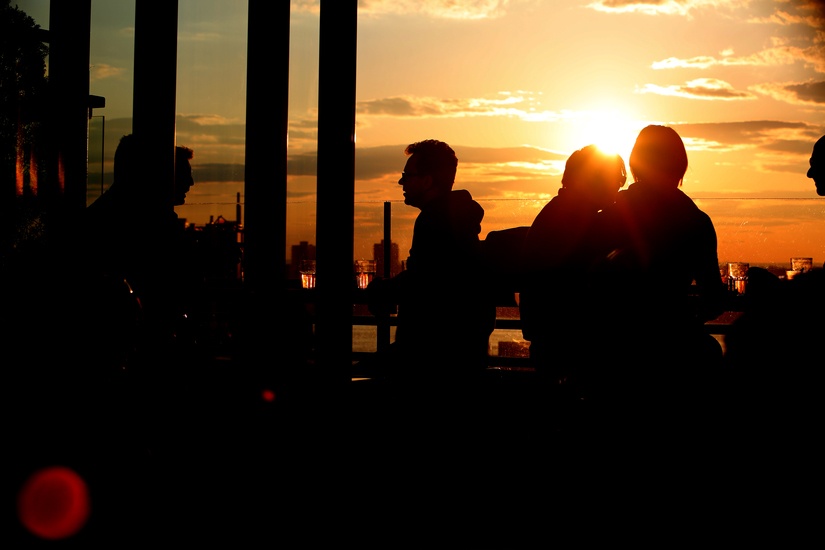 I am a computer programmer from Pakistan working professionally since 1990 and as a freelancer since 1995. I have been in development consulting since 2000, my first project being an Asian Development Bank project for statistical capacity building in the Maldives. That set the stage for my subsequent work prospects, and to this date, I am a survey automation specialist working pretty much exclusively for UNIDO these days, but as a consultant, not an employee. From 2000 to date, other than the ADB and UNIDO, the development agencies I can rattle off on my resume are the World Bank, UNDP, DFID and Ecowas. But I can speak with most authority about my experience while working with UNIDO since 2005.
Although these days, about one third of my work is home (as in Karachi) based, the overwhelming amount of work since 2000 has been in other countries: Maldives, Ghana, Lebanon, Jordan, Oman, Tanzania, UAE (Dubai), Saudi Arabia, Nigeria, Togo, Senegal, Gambia and Malawi (in decreasing order of exposure). These days I am working on a capacity building project in Oman with UNIDO.
The first click
About five years ago, I chanced upon a series of eye-opening discussions on social justice with a friend that made me realize that pretty much all I had assumed till then was fundamentally flawed. The cognitive dissonance that follows the shattering of the world-view of a 44 year old who considered himself well-read was countered by two factors. The first is the patience of my friend, who allowed me to reach conclusions on my own as I argued to hold on to my existing atomized positions. The second was the sheer freshness of the world that opened up, connecting dots that were never connected and tapping heretofore only slightly tapped reserves of compassion and reason, and of course justice. So this was technically an ‘aggregated’ series of clicks rather than one.
Elaborating on what exactly clicked at first, once the grounds were laid by the conversations with my friend, Faraz, it was Eqbal Ahmad’s articles. I had started reading Edward Said on Faraz’s recommendation. Said dedicates one of his books, “Culture and Imperialism”, to Eqbal Ahmad. That led me to look up this countryman of mine that I had not known of, and it was, to say the least, an education. One of the first insights that I gleaned from Eqbal Ahmad had to do with the modern scourge of fundamentalism. Eqbal understood the industrial revolution to be a trans-formative event comparable in significance to the birth of agriculture. The demands of the Industrial age reconfigured the social basis of agrarian society. In what followed, the colonizers adapted to the demands of this volcanic change and modernized, whereas the colonized weren’t allowed to. This chasm between the pre-modern and the modern that the colonized experience is a key factor for Ahmad in understanding fundamentalism, not just in Islam, but in all religions. This historical insight is one that mainstream media refuses either to acknowledge or give due weight.

Slightly later, on the professional side, it was Jason Hickel’s, “Flipping the corruption myth” (Feb 2014, Aljazeera). Hickel exposes the exaggerated myth of corruption in the global South that hides the systematic theft by the global North, “the corruption that is endemic to the global governance system, the tax haven network, and the banking sectors of New York and London.” Since then, I have brought up this simple argument a number of times in discussions, and whoever listens is intrigued at first, but as with so many aha moments, it loses potency due to the distractions of the mainstream. For me, this initial insight became part of a larger understanding of neo-liberalism that allows me to view my ‘development’ work in its proper extractive context.

(Then there is Tagore, and Chomsky, and Roy (Arundhati), and Faiz, and Fanon, and many many others.)

The subsequent and the retrospective clicks

It was a matter of time before this perspective caught up, and I started describing what we (there is always a statistician working with me) did as “mercenaries hired to map out the territory for the big boys to come in and take over”. This was a powerful enough metaphor to prevent any misguided sense of self-righteous, do-gooder emotion from taking hold.
And then the past falls into place. On my first visit to Ghana, I was given a “funny” paper on Ghanaian English to read that I now find distasteful (I wrote a poem about it last year). Then I recall all the characterizations of the locals as effectively incompetent (there are always a few ‘good’ ones that we work with, but by and large the overriding attitude is some variation of the “white man’s burden”). And then there is the realization that not one of the dinner discussions – mostly travel-anecdotes – of the consultants ever question the validity of what we do, which is to be expected. Dismantling religion is allowed but never the basis of your work.
Where to click now?

I have started bringing in dissenting positions to our dinner conversations. As individuals, my colleagues are surprisingly open to dissent. As professionals operating under institutional diktats of one’s role, it is a different story. And that is how it should be I guess.As I continue to work with aid agencies for my livelihood, I have taken a tangent from part of what I do professionally to make it relevant in the area of social justice by doing a number of socially aware data visualizations (huzaifazoom.com) and hooking up with local activists for the same.
Huzaifa Zoomkawala is a survey automation specialist for HM Consultants (www.hm-consultants.com).
https://twitter.com/huzaifazoom
#narrative #povertyiscreated Capitalism careers development inequality neoliberalism SDGs Sustainable development goals United Nation whattheydontsayaboutpoverty When it clicked WhenItClicked