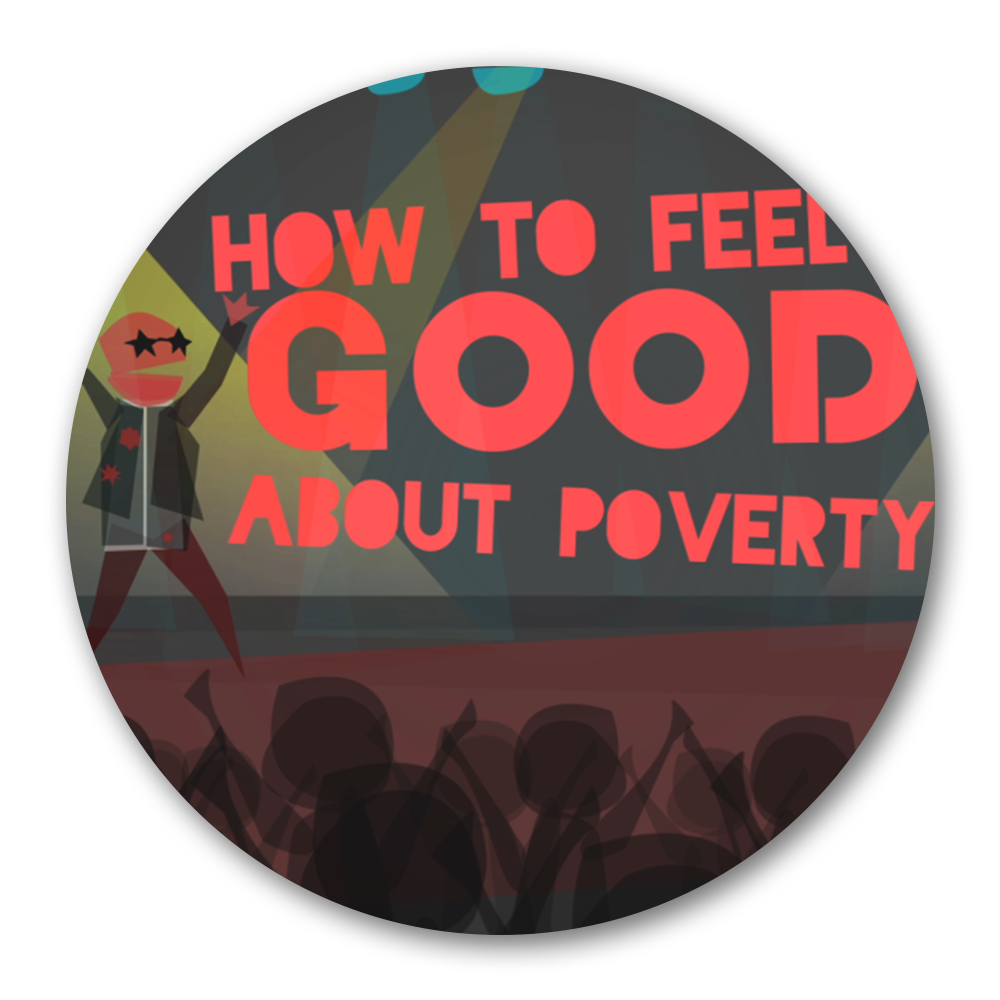 The UN Sustainable Development Goals (SDGs) are a once-in-a-generation statement from establishment power on what they are willing to do to tackle poverty, inequality and climate change. We hacked their logic to show how the economic model they promote hastens ecological collapse far faster than their ‘solutions’ to poverty and inequality can possibly keep up with.

The UN Sustainable Development Goals (SDGs) were released in September 2015 after a two year development process. They represented a once-in-a-generation statement from establishment power on how they understand poverty, inequality and, to a lesser extent, climate change, and what they say they are willing to do to tackle them.

The SDG narrative had a surface articulation and a set of hidden, structural assumptions. Most of these were, unsurprisingly, not being openly discussed in mainstream media or the development sector. For example, to achieve the SDGs by their own measures and means, the global economy would have to grow by a factor of 12.

The irony of advocating for this in a ‘sustainable development‘ plan was unacknowledged and unquestioned, both in the documents themselves, and certainly at the level of public narrative.

Our strategy had two overarching intentions:

From research to a counter-narrative:

We conducted a frames analysis of the full SDG report that revealed its hidden assumptions and biases. This was sent directly to over 120 journalist allies with a summary briefing. We wrote articles about it in, e.g. The Guardian, Jacobin, and Stanford Social Innovation Review (a publication known to be influential in the industry), and it was covered by, for example, by Nafeez Ahmed in Vice/Motherboard.

We also conducted an analysis, using LexisNexis, all the articles written about the SDGs over the previous 12 months. We found that over 90% of the articles referenced the World Bank, the UN and/or the Gates Foundation as their main source of information. Of the almost 400 articles in the database, there were less than five critical voices, most of which critiqued the SDGs from a right-wing standpoint (e.g. aid or charity violate market principles, they are not efficient means of redistribution, etc.). This hardly represents objective media.

So we convened over 40 NGO ‘dissidents’ to help collectively agree a counter-narrative and publish a blitz of op-eds and articles in the first two weeks of September that discussed how poverty is actually created, how we can address the root causes of inequality, and why a change in global rules rather than tinkering is necessary. Here is a selection of those pieces, from The Guardian, Huffington Post , Insurge-Intelligence and Occupy.com.

We designed a set of three questions (with accompanying videos) that exposed the core contradictions at the heart of the SDG model.

We produced videos, infographics and articles around these questions, placed them in the mainstream media, and used social media micro-targeting to direct them at large development institutions and, critically, employees within them.

The most widely read and reproduced of these articles was in Fast Company. 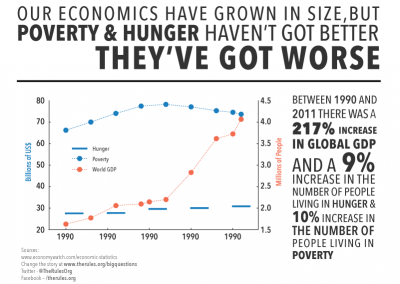 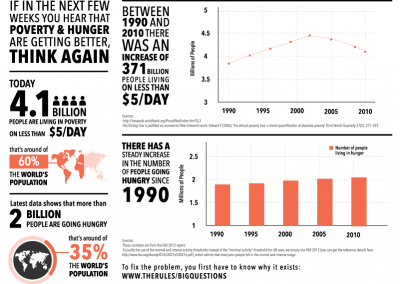 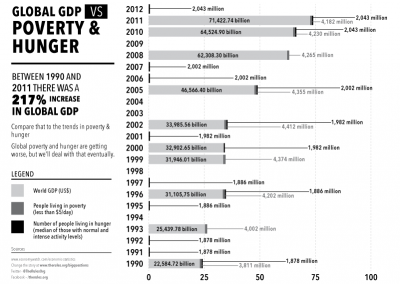 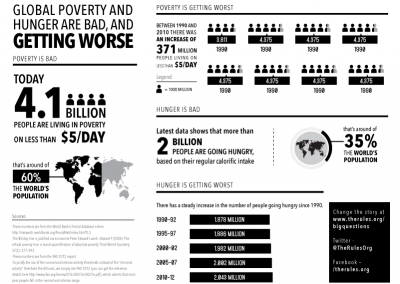 FastCo: How To Feel Good About Global Poverty

HuffPost: An Open Letter to the United Nations

Questions are powerful – let’s face it, no-one likes to be told what and how to think. But if our attention can be secured and we are then asked questions, our critical faculties are activated and we become engaged in the issue at hand. This opens up cognitive and narrative space for new ideas and associations to form, and for narratives to evolve.

Cause and effect are hard to understand. We ran this campaign before we had the full set of tools we would later come to use; the Twitter data sets and the network analysis capabilities. So we were reliant on watching and listening for the spread of our frames through more traditional media monitoring and anecdotal data we could gather on where the ideas were showing up.