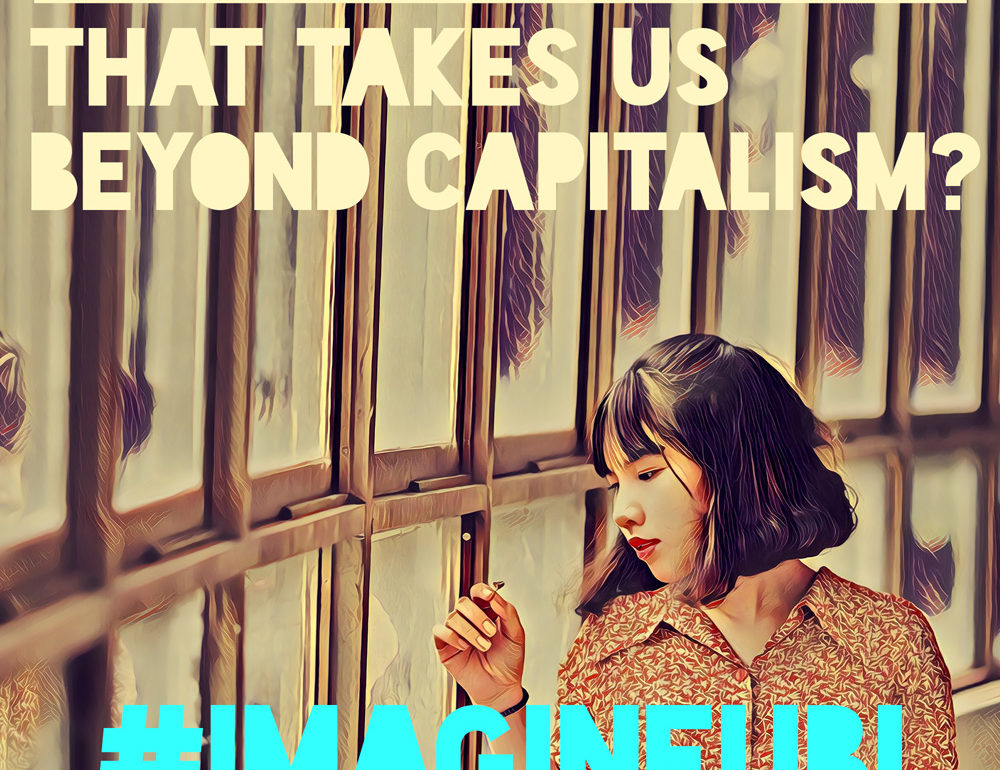 You may not have noticed, but a huge global movement is well on its way to creating the next generation of the internet. This massive technological sea change is largely being driven by a key innovation in database technology called the blockchain, and many forecasters are predicting that it could cause as much social transformation as the introduction of the world-wide web twenty-six years ago.

What is a blockchain? In short, it is a disintermediating technology. In other words, it removes the need for middlemen and trusted third-parties. When combined with other technologies, blockchains have the potential to disintermediate many areas of life, from banking to information storage to voting to the making and sharing of goods and services.

It is tempting to use the word revolution, and plenty of people do: a simple Google search returns 3.1 million results for “blockchain revolution.” But that misrepresents the situation. In truth, what the blockchain offers is a renaissance.

The difference is that where revolutions tend to simply replace one elite group with another, a renaissance reintroduces existing ideas into a new context. A renaissance may inspire revolutions–the French Revolution was a child of the Italian Renaissance, for instance–but the main event is not a moment of change but a deep and broad process of re-visioning. Where revolutions typically attempt to reform an existing paradigm, a renaissance can transcend the paradigm as people organize and solve problems in completely new ways.So let’s look at one potential the blockchain offers, and see how far and wide its impact could be.

The idea of “universal basic income” is everywhere these days. In the last few months alone, a number of proponents from across the globe and political spectrum have come out in support of the idea. Tech billionaires like Mark Zuckerberg, Richard Branson, and Elon Musk are fans. Hawaii has announced an intention to explore the idea. The Scottish government has stated its intention to fund the development of local experiments.

UBI is a progressive idea whose time may be coming, but the devil is in the details. Most of this support is for a UBI based on government fiat currencies like the dollar or the euro. It is almost exclusively locked into a welfare frame–as a wage subsidy to address layoffs expected from automation, or as a way to reduce government welfare bills–in other words, a different way of dealing with problems within the current economic paradigm. Existing power structures continue to reign, debt creation still controls the money supply, and the “infinite material growth on a finite planet” logic of extractive capitalism is left untouched.

But what if the UBI was delivered not in dollars or euros, but in a cryptocurrency running on a blockchain? What if this UBI cryptocurrency changed the way money works by being created directly in the hands of the people, so the financial system is built from the ground up, rather than controlled top-down by banks and governments? It might sound utopian, but it’s really just an idea that exists not too much further along from today’s existing trends.

The dominant trend here is between centralization and decentralization. Industrialized capitalism was an era of centralization: companies grew to vast proportions by exploiting economies of scale and vertical integration (where companies control more and more aspects of their business in-house). Governments formed increasingly large blocs: NATO, USSR, EU.

The new economic age of the internet and the blockchain is shaping up to be one of decentralization. As the geopolitical landscape continues to shift from American hegemony to a multipolar world, a raft of inherently decentralizing technologies are coming online. Harvesting solar power is becoming cheaper than burning fossil fuels, ushering in household-level micro-generation of near-zero marginal cost electricity. Mass production of consumer goods is being decentralized by 3D printing: cameras, musical instruments, glassware, houses, cars. There’s even a 3D printer that can make all the parts for another 3D printer.

But the blockchain is the technology that has the potential to bring all these other developments together to usher in a new age of collaborative social organization and post-capitalist economic logic.

Blockchains are not owned by any one authority, so the applications built on top of them will need to be governed by their users. The applications that make the most sense in this context are neutral platforms facilitating peer-to-peer exchange, without the coercive social contracts of governments nor rent-collecting middlemen in the form of gigantic tech firms.

The implications for the foundational logic of our economic systems are quite thrilling: cryptocurrencies represent nothing less than an opportunity to redesign money. This is critically important because fiat money systems have one design flaw that could ultimately prove fatal. Just about every dollar, yen, or euro in existence is created by commercial banks with accompanying debt that must be returned with interest. It is rented out to the population temporarily, until it is destroyed when people pay back their debts with interest. This system leads to both local and international wealth inequality, but it has remained in place for centuries because it honors capitalism’s prime directive: prioritize the production of more capital above all other things. Unfortunately, it is also a driver of climate change and ecological collapse, since the endless reproduction of capital as we do it now inevitably causes depletion of natural resources (we are now overshooting the earth’s capacity for renewal by a catastrophic 64% annually).

With such a negative system seemingly locked into place as the planet careens towards one disaster after another, there has never been a better opportunity to create a new system of money based on universal basic income. And since these currencies can be designed with today’s existential challenges in mind, we can do things like strongly incentivize local trading and disincentivize exploitation of distant workers and ecosystems. This in turn has the potential to undercut the logic of cheap, mass-production techniques currently at the heart of our throwaway culture.

We’re designing and building one example of a “positive currency” in the world of cryptocurrency, called Circles. In the Circles system, money gets created at the individual level and without corresponding debt. In other words, money starts with the person ‘creating’ it (i.e. it appears for the first time directly in their account). It does not come to us from a central authority like a bank or a government or even an employer. This means that it is evenly distributed before it enters the marketplace.

Instead, money takes on grassroots characteristics. A smart contract creates new currency units at the same fixed rate for each user, and these users create relationships of trust between each other to exchange their newly minted money. This means that the system doesn’t need to be controlled by any one party, as the value of the currency automatically emerges from the trust relationships that users create. As with any cryptocurrency, bootstrapping an ecosystem that uses this new money system, and grows in ways that keep the specter of inflation in check, will not be easy. But it is entirely possible. And an important distinction is that Circles is meant to work just fine at local scales, where networks of trust already exist and can easily be transcribed onto the blockchain. From the user’s point of view, joining the new UBI economy may soon be as easy as downloading an app, connecting with their friends and loved ones, and heading to the nearest shop for lunch.

As exciting as this may sound, the technology for cryptocurrency on the blockchain is not yet fully mature or ready for mainstream adoption. Early cryptocurrencies like Bitcoin have problems such as the built-in early-adopter advantage that is already in the process of replicating old power structures. And we still need to work on the user experience and find solutions for distributed currency exchange.

Although the road to mainstream adoption is unpredictable, the quantum leap in popularity and interest that these technologies experienced in 2017 is very encouraging. The pace of innovation is now overwhelming, as each new level of sophistication builds directly on other recent breakthroughs. People are no longer asking if solutions can be found to the biggest problems with cryptocurrencies and blockchain technology, but when.

For any of this to deliver on its promise, we have to want it to. We have to think systemically. We must recognize the social, economic, and spiritual dimensions of the polymorphous crises we currently face and commit to responding accordingly.

This will require embracing an idea that some may find counterintuitive: localization. We will not retreat back to the pre-globalization days, but we have to bring economics back to a more human and local level. We have to reinvigorate local communities. We have to stimulate and grow the informal economy upon which most of us rely in our daily lives: the caring and sharing that we automatically do with each other but which has no recognized value in the current economic paradigm because it doesn’t register as profit or loss.

This is merely one sketch of one potential direction into the future. There are many dimensions to our current crises; they are political, economic, social, spiritual, and technological. We have looked through the technology lens here, because it is so ripe with promise. The point is, none of this is impossible. We just need innovations to deliver on their promises and people to fight tirelessly for a more fair society.

When we talk about the possibility of environmentally responsible post-capitalism, this is the type of future we can envision. It won’t be anything like we have seen before. Falling back on dogmas like socialism or communism as our only off-the-shelf alternatives is entirely too reductive for our purposes, and undersells our potential as ingeniously inventive creatures. The digital renaissance is already giving some shape to the future. Our job is to help midwife it into full existence, before some less equitable, less safe alternative snatches it away from us. Our survival could very well depend on it.

Martin Kirk is cofounder and director of strategy for The Rules, a global collective of writers, thinkers, and activists dedicated to challenging the root causes of global poverty and inequality. His work focuses on bringing insights from the cognitive and complexity sciences to bear on issues of public understanding of complex global challenges.

Andy Milenius is CEO of DappHub: a self-organizing network of logicians, researchers, designers, and developers spread out across the globe that creates the infrastructure for decentralized applications. He is especially interested in the mechanism design of cooperative governance, advocating for humanist values in emerging technologies, and solarpunk aesthetics.

This piece was originally published in Fast Company. 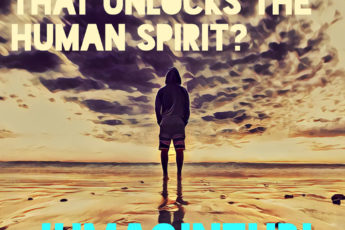 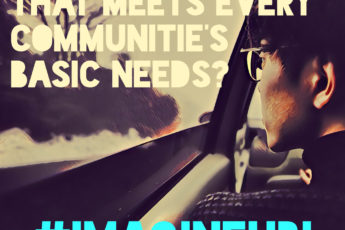