A dialogue on the illusions of economic growth and what we can do about it.

This is an excerpt from a discussion between Dr. Jason Hickel of the London School of Economics (LSE) and Alnoor Ladha of /The Rules that took place at the LSE in early 2014.

Alnoor Ladha (AL): Economic growth is one of the most powerful and pervasive ideas of our time. We’re told that it’s essential to improving our well-being and to reducing poverty. It’s always cast as a win-win situation: it has the status of an absolute truth. It’s never questioned.  But it doesn’t take much thought to realize that we have a model of economic growth that is in fact profoundly destructive.

Consider the fact that for every dollar of new wealth that has been created in the United States since the financial crisis, 93 cents has gone to the top 1%. So in this sense economic growth itself is driving inequality. And consider the fact that, because our present economy is fuelled almost entirely by carbon, all growth contributes to climate change.

Jason Hickel (JH):  We’re constantly bombarded with the claim that we have to keep the global economy growing at 3% per year. Anything less than that and economists tell us we’re in crisis. But think about what this means: it means that next year we have to turn more than $2 trillion worth of natural resources and human labor into commodities and sell them.  That’s the size of the entire global economy in 1970.  It’s mind boggling, really. In order to achieve this rate of growth year on year, we’re going to cause catastrophic climate change and massive resource depletion. Clearly there’s something wrong with this model.

One of the reasons that our model of economic growth has become so destructive has to do with the shift to neoliberalism. People commonly think of neoliberalism as an ideology that promotes totally free markets, where the state retreats from the scene and abandons interventionist policies. But in reality it’s just a different kind of interventionism. Think about it. In order to create a global free market order you have to invent a totalizing global bureaucracy: the IMF, the World Bank, the WTO, and so on, all backed up by the military power of the United States and other dominant countries. In other words, you need an enormous expression of state power in order to force countries around the world to liberalize their markets against their will.

What exactly are the “free market” policies that this system imposes?  Monetarist policy that targets low inflation, which usually means increasing unemployment. Cutting public spending and channeling the savings to creditors on Wall Street. Privatizing public services and assets and selling them off to foreign companies. Curbing labor regulations to reduce wages. Eliminating trade barriers to allow multinational corporations to expand into new markets, undercutting local producers. When these policies were imposed on the developing world in the 1980s and 1990s, they cut per capita income growth in half, and caused widespread poverty. Developing countries lost around $480 billion per year in potential GDP.

AL: The result of this process is that we have a global economic system that favors the biggest corporations; it grants them access to ever cheaper resources and labor around the world. The system bends in favor of maximizing corporate profits at the expense of everything else. That’s why of the 175 largest economic entities in the world, 110 are corporations, not countries. The revenues of mega-corporations such as Shell and Wal-Mart are greater than the GDP of countries like Argentina, South Africa and Thailand.  In other words, much more economic power is in private hands than public.

We’re told that we should be grateful to corporations for creating jobs for the masses.  But this is a myth. As the Wal-Marts of the world expand across the globe, they destroy far more jobs than they create.

And what’s interesting is that the fortunes of corporations are totally delinked from the fortunes of the rest of the world. The 2008 financial crisis devastated hundreds of millions of people, but the following year Wall Street revenue hit US$60 billion, a historic high, thanks in large part to the massive injection of public money they received.  Average wages in developed countries have dropped since the crisis, but the median pay for CEO’s in the US now exceeds $10 million.  A CEO now makes about 257 times more than the average worker’s salary in the US, up from 181 times in 2009.

JH: We can see this level of corporate power being advanced even further by the new free trade agreements that are in the pipeline. Take the Trans-Pacific Partnership (TPP), for example, which is set to become a global version of NAFTA. It includes what are called investor-state dispute mechanisms that allow corporations to sue sovereign governments for passing laws that reduce corporate profits. Corporate lawyers will judge these cases in secret tribunals that operate above the laws of any nation.

So let’s say politicians in Malaysia pass a law that increases the national minimum wage. This means that sweatshop owners will lose some marginal part of their profits, which gives them the right to sue the government of Malaysia for lost future earnings.  What’s amazing about this is that it essentially gives corporations the power to regulate democratic states, rather than states regulating corporations. So it’s a total inversion of our existing regulatory logic.

AL: The logic we’re normally fed is that corporate profits are good for society because they get taxed back into public coffers. But this is increasingly untrue. Last year multinational corporations siphoned about $1 trillion out of developing countries in the form of illegal tax evasion. That’s an enormous figure – it’s almost ten times the size of the global aid budget. And that doesn’t account for legal forms of tax avoidance, which are estimated to be roughly the same amount. It’s insane.

Right now there’s $32 trillion sitting in tax havens around the world. That’s one sixth of the world’s private wealth, or the equivalent of half of global GDP. This is a huge potential resource for development and poverty reduction that has literally been hidden away from the rest of humanity, locked into secrecy jurisdictions.

If we’re going to talk about abuses of corporate power, we really have to consider the rise of the lobbying industry. There’s a study that came out of Harvard recently that points out that every dollar invested in lobbying the US congress yields a $220 return – that’s a 220% return. This indicates an extreme form of political capture, to the point where the very idea of democracy is under threat. A recent study by scholars at Princeton and Northwestern shows that the interests of economic elites in the US almost always prevail in government policy decisions, even when the vast majority of citizens disagree. This means that the United States is much more like an oligarchy than a democracy; elites have all the power. And the same can be said for many other countries.

JH: It should be obvious that under these conditions, economic growth is going to disproportionately benefit those who are already wealthy. This runs against the narrative that we’re usually fed. One of the main justifications for pursuing economic growth is that it is necessary for reducing poverty. But if you look at the numbers, this claim just doesn’t make any sense.

If we want to eradicate poverty by bringing everyone up above the international poverty line of $1.25 per day, we would have to increase the size of the global economy by 12 times, assuming the existing ratio between GDP growth and the income growth of the poorest. Think about that. The degree of catastrophic climate change and resource depletion that this would trigger is almost unfathomable.

And of course this is disregarding all the people who live just above the poverty line, who are really just as poor. Life at the poverty line is actually quite dire. In India, for example, 60% of children living at the poverty line are undernourished.  So it’s basically a meaningless measurement. A much more realistic poverty line would be around $5 per day. But to bring the poor up to that level would mean increasing the size of the global economy by 175 times. Not only would this take a very, very long time to accomplish, it would also destroy the planet many times over. So there’s some very bizarre logic going on here that we need to face up to.

Yes, the United Nations Millennium Campaign claims that it’s on track to cut extreme poverty in half by 2015. But Dr. Thomas Pogge of Yale has done some fascinating work to show that this claim is founded on false accounting. Basically, he shows that the UN has massaged the numbers to make it seem as though poverty is being reduced much more quickly than it actually is.

This raises an interesting question. Why are they so bent on convincing us that poverty is being eradicated? Why invest so much effort in what basically amounts to a campaign of disinformation? Part of it has to do with the fact that they have no other claims to fall back on to justify the status quo – the current economic order is producing climate change and inequality, but at least it’s eradicating poverty! But it’s just not true.

AL: In light of all of this, it’s not surprising that the legitimacy of our present economic system is rapidly eroding. Think about it: five or ten years ago we hardly ever heard about the problem of inequality in popular media. Now it’s everywhere. Not only that, but people are beginning to question the very idea of capitalism. This used to be unthinkable – you would be shunned if you even suggested it.

And think about the surge of social movements that we’re seeing all over the world: everything from Occupy Wall Street to the anti-austerity protests in Europe, from the student uprisings in Chile to street riots in Brazil. We can see this as social instability, but we can also see it as a harbinger of a new world to come: the birth pangs of a new order.

But it’s not just protest. There are also alternatives arising everywhere. El Alto in Bolivia, the Zapatistas in Mexico, the Transition Towns in the United Kingdom and elsewhere – people are opting out of the current system en masse. Our challenge now is to scale up these alternatives and to build new ones, replicating aspects that are true to the principles we hold dear. This isn’t going to be easy. But as Albert Camus said, “Freedom is nothing else but a chance to be better, whereas enslavement is a certainty of the worst.”

Some will call this anarchism, but all anarchism means is democratic self-organization.  It’s about autonomy and creativity and the belief that people should be able to build their own worlds without relying on arbitrary authorities. We’ve always been told we need them, whether it was the sun gods, the emperors, the feudal lords, or the 1%. We’ve been told that the world will fall apart if we don’t have the stability they create. It’s time we challenge that fallacy head on.

As EF Schumacher reminds us, “The task of our generation is one of metaphysical reconstruction.” The aim and hope is not to replicate the misery and apartheid of capitalism, but to create the more beautiful world our hearts know is possible.

This article was originally published by truth-out.org. 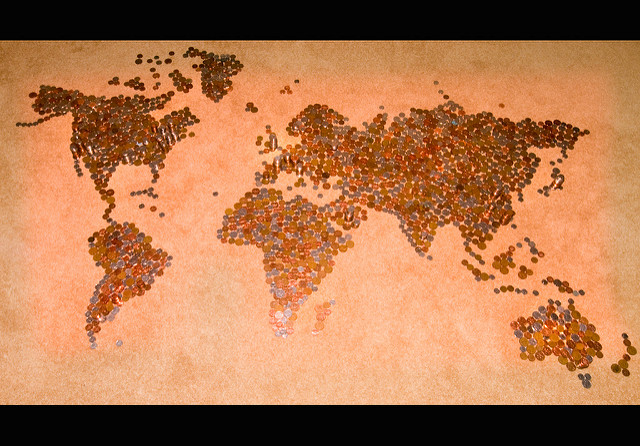 Growing, Growing, Gone: Transforming the Global Economy Before It's Too Late 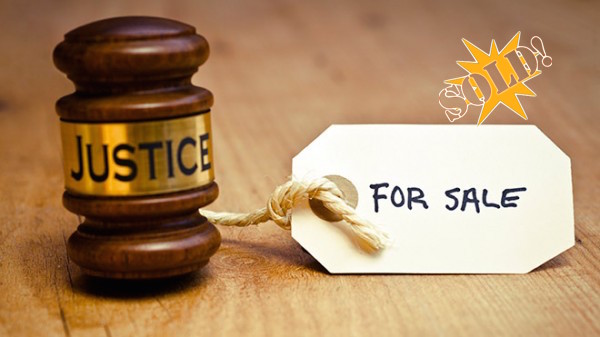