What happens when too much of the academic world operates as if it was in a fantasy novel? We’ve all heard about “ivory towers” and the profound disconnect many people feel when they enter the classroom — only to find that their teachers are living in a parallel universe that seems to actively seek irrelevance under the guise of “objectivity” and neutrality.

I say this as a person who loves universities.

In my youth, I spent nearly a decade in the academic world studying every esoteric topic I could find. Having grown up on a chicken farm in rural Missouri, I was knowledge-starved for information about world history, different religions, the sciences, and cultural studies. And I was a lucky one. After graduating top of my class in high school I got a full-ride academic scholarship for four years.

So when I arrived at college I studied whatever I wanted. It was like a four-year golden ticket to the candy store of my dreams. This is how it came to pass that I created an interdisciplinary degree in physics, philosophy and dance. Then I finished two more full bachelor’s degrees in physics and applied mathematics, whereupon I dove deep into the world of complexity research, and carved a path toward knowledge synthesis that continues to this day. (This led to another stop at grad school in the Earth System sciences… a story for another time.)

But here’s the thing: I did this mostly by steering my ship-of-learning far from the major rivers, keeping to the tiny tributaries where few cared to explore. What I found was that most people in the academic world were more interested in advancing their careers than embarking on a quest for knowledge. It was as if the entire university system had been transplanted into a shopping mall.

Want to be rich and drive fancy cars? Get a degree in law or medicine.

Seeking to be in the religion of political importance? Get a degree in economics.

Hoping to make a major discovery about the Universe? Go into physics.

But what about those of us who see just how f*cked up the world has become? Where do we go if we want to learn about the web of interconnected systems that are creating wealth inequality, corrupting political systems, and destroying the natural world that all of us depend on for our survival? Strictly speaking, these people are up shit creek without a paddle.

So I ask you this question: Is it possible for ivory towers to exist after all the elephants go extinct? What happens when we forget that ivory grows on the tusk of a keystone species that needs a large open range of rich wild country to nourish its body and raise its young?

I am being quite literal here. Does the quest for career progress (hidden in the guise of knowledge-seeking) have a future in a world where the trend lines of planetary change point toward civilization collapse? Are there viable careers in the future that nobody wants, yet we continue speeding toward anyway? Can we continue building ivory towers that separate us from nature as the systems of society destroy the biosphere on which all large animals depend?

This holds for humans as well as elephants!

Right now I am working on an exciting project to birth a scientific society for the study of cultural evolution. We have identified the “grand challenges” for the field based on survey responses from our founding membership — which is 80% academic researchers from more than 50 countries around the world. Among the grand challenge ideas is the need to actively shape a restructuring process for the major institutions of society, enabling knowledge synthesis across the social sciences, life sciences, and humanities.

Our members described a need to apply social science knowledge to politics and economics, the spread of solutions to the climate crisis, ending violent extremism and the mass poverty that provides its breeding ground, and much more. In a word, it is a cry for “transformation” of ivory towers that points the quest for knowledge toward the global convergence of crises humanity is now going through in the 21st Century.

I left university more than ten years ago when I realized that it was actively resistant to knowledge synthesis. In my own quest to address the cultural root causes of global warming, I set out to find whatever knowledge and tools were necessary — regardless of which discipline or research field they happen to be in. This was antithetical to the myopic squeezing of learning pursuits into the narrows of bleeding-edge specialization (the current definition of a PhD).

While universities are structured to make us narrow-minded specialists, the world begs for us to think in terms of interdependent systems. There is currently no institutional framework for the learning communities putting the pieces together for guiding global humanity through the bottleneck of sustainability. A great many valiant efforts are underway to force this to happen within the institutions we have — as can be seen in the explosion of interdisciplinary research centers in the last two decades.

But our funding agencies require reductionism in the way their programs are structured. Our universities force us to choose a field. Our faculty (most of them anyway) were trained with disciplinary blinders that make them ill-suited to train the legion of evolutionary architects who will build the future humanity desperately needs.

Others like myself are out there wandering around in the world. We are like intellectual ronins — the ancient samurai warriors who no longer have a master to serve. We lost our way when we couldn’t find an academic home.Now is the time for us to gather together and storm the ivory tower. Let us claim the abandoned territories of aesthetics, ethics, purpose, and meaning.

It is time to give our universities a major update. The ones we have now were built during the Enlightenment Era of reductionist thinking, when it was necessary to break reality down into manageable bits in order to study and make sense of it. But after 400 years of that important work it is now time to add a synthesizing layer on top of reductionism that weaves the pieces together.

My partners and I are doing this now for the human, biological, and social sciences. Similar efforts are needed in all other domains of knowledge. If there are to be ivory towers in the future, it will be because we set aside the nature preserves for wild elephants — both the flesh-and-blood and intellectual varieties — and built up nourishing environments in which they could thrive.

This is one of the tasks needed for global humanity. Let’s get to work. 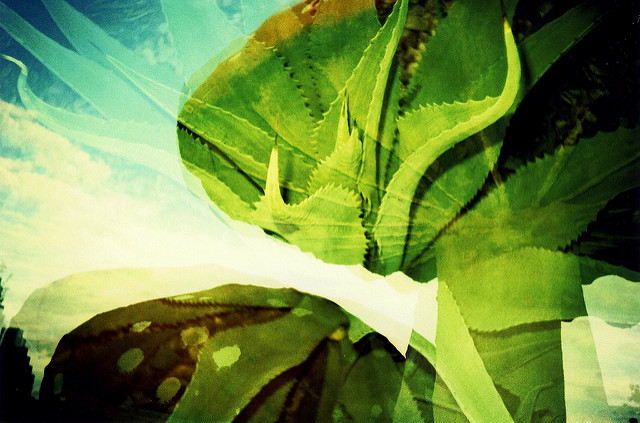 The role of psychedelics in improving climate change research