Technology and its Discontents

Originally published on the Economics of Happiness Blog at https://www.localfutures.org/technology-and-its-discontents/.

Tucked within the pages of the January issue of the ‘Agriview’, a monthly farm publication published by the State of Vermont, was a short survey from the Department of Public Service (DPS). Described as an aid to the Department in drafting their “Ten Year Telecom Plan”, the survey contains eight questions, the first seven of which are simple multiple-choice queries about current internet and cell phone service at the respondent’s farm. The final question is the one that caught my eye:

“In what ways could your agriculture business be improved with better access to cell signal or higher speed internet service?”

Two things are immediately revealed by this question:

(a) The DPS believes that the only possible outcome from faster and better telecommunication access is that things will be “improved”.

(b) If you disagree with the DPS on point (a), they don’t want to hear about it.

A cynic might conclude that the DPS is only looking for survey results that justify decisions they’ve already made, and that’s probably true. But the department’s upbeat, one-dimensional outlook on technological change is actually the accepted norm in America. In his book ‘In the Absence of the Sacred’, Jerry Mander points out that new technologies are usually introduced through “best-case scenarios”: “The first waves of description are invariably optimistic, even utopian. This is because in capitalist societies early descriptions of new technologies come from their inventors and the people who stand to gain from their acceptance.”[1]

Silicon Valley entrepreneurs have made an art of utopian hype. Microsoft founder Bill Gates, one of high-tech’s most influential boosters, gave us such platitudes as “personal computers have become the most empowering tool we’ve ever created,”[2] and my favorite, “technology is unlocking the innate compassion we have for our fellow human beings.”[3] Other prognosticators include Facebook founder Mark Zuckerberg, who informs us that social media is “making the world more transparent” and “giving everyone a voice.” Needless to say, Gates, Zuckerberg and many others have become billionaires thanks to the public’s embrace of the technologies they touted.

The DPS survey reveals another shortcoming in how we look at technology: we tend to evaluate technologies solely in terms of their usefulness to us personally. Jerry Mander put it this way: “When we use a computer we don’t ask if computer technology makes nuclear annihilation more or less possible, or if corporate power is increased or decreased thereby. While watching television, we don’t think about the impact upon the tens of millions of people around the world who are absorbing the same images at the same time, nor about how TV homogenizes minds and cultures… If we have criticisms of technology they are usually confined to details of personal dissatisfaction.”

The DPS survey demonstrates this narrow focus: it only asks how faster telecommunications will affect the respondent’s “agriculture business”, while broader impacts – on family and community, on society as a whole and on the natural world – are out of bounds. A narrow focus is especially problematic when it comes to digital technologies, because the benefits they offer us as individuals – ultra-fast communication, the ability to access entertainment and information from all over the world – are so obvious that they can blind us to broader and longer-term impacts.

Recently, though – despite decades of hype and a continuing barrage of advertising –cracks are beginning to appear in the pro-digital consensus. The illusion that technology “unlocks compassion for our fellow human beings” has become harder to maintain in the face of what we now know: digital technologies are the basis for smart bombs, drone warfare and autonomous weaponry; they enable governments to conduct surveillance on virtually everyone, and allow corporations to gather and sell information about our habits and behavior; they permit online retailers to destroy brick-and-mortar businesses that are integral to healthy local economies.

We’ve also learned that social media doesn’t just enable us to connect with family and friends, it also provides a powerful recruitment tool for extremist groups – from neo-Nazis and white supremacists to ISIS. And all but the most die-hard Trump supporters acknowledge that social media was used to disrupt the democratic process in 2016, and that it is effectively used by authoritarian political leaders all over the world – including Mr. Trump – to spread false information and “alternative facts”.

People are even beginning to see that social media is not all that “empowering” for the individual. We recognize the addictive nature of internet use, though most of us don’t yet take it seriously: a friend will say, “I’m totally addicted to Facebook!” and we’ll just laugh. But it’s not a laughing matter: according to ‘The American Journal of Psychiatry’, “Internet addiction is resistant to treatment, entails significant risks, and has high relapse rates.”[4] The risks are highest among the young: a study of 14-24 year-olds in the UK found that social media “exacerbate children’s and young people’s body image worries, and worsen bullying, sleep problems and feelings of anxiety, depression and loneliness”.[5] Not surprisingly, a 2017 study in the US found that the suicide rate among teenagers has risen in tandem with their ownership of smartphones.[6]

Little of this should have been surprising within the digital design world. Facebook’s founding president, Sean Parker, now admits that the company knew from the start that they were creating an addictive product, one aimed at “exploiting a vulnerability in human psychology.” [7] Nir Eyal, corporate consultant and author of ‘Hooked: How to Build Habit-Forming Products’, acknowledges that “the technologies we use have turned into compulsions, if not full-fledged addictions… just as their designers intended.”[8]

These addictions have serious consequences not just for the individual, but for society as a whole: “The short-term, dopamine-driven feedback loops that we have created are destroying how society works. No civil discourse, no cooperation, misinformation, mistruth.” This is not the opinion of some left-leaning Luddite, but Facebook’s former vice-president for user growth, Chamath Palihapitiya.[9]

Digital technologies are a threat to democracy in ways that go deeper than even Vladimir Putin might hope. According to former Google strategist James Williams, “The dynamics of the attention economy are structurally set up to undermine the human will. If politics is an expression of our human will… then the attention economy is directly undermining the assumptions that democracy rests on.”[10]

There is also evidence that a child’s use of computers negatively affects their neurological development.[11] Tech insiders like Sean Parker may not know for certain “what it’s doing to our children’s brains,” but Parker isn’t taking any chances: “I can control my kids’ decisions, which is that they’re not allowed to use that shit.”[12] Lots of other Silicon Valley technologists are keeping their children away from screens, in part by sending them to private schools that prohibit the use of smartphones, tablets and laptops.[13] Meanwhile, the companies they work for continue to push their addictive products onto children worldwide: Alphabet, Google’s parent corporation, provides “free” tablets to public elementary schools, while Facebook recently launched a new app called Messenger Kids – aimed specifically at pre-teens.[14]

Much of the “best case scenario” for digital technology rests on its supposed environmental benefits (remember the “paperless society”?) But illusions about “clean” technology are dissolving in the horrific toxic wasteland of Boatou, China, where rare earth metals – needed for almost all digital devices – are mined and processed.[15] Another dirty secret is the cumulative energy demand of all these technologies: it’s estimated that within the next couple of years, internet-connected devices will consume more energy than aviation and shipping; by 2040 they will account for 14% of global greenhouse gas emissions – about the same proportion as the United States today.[16]

What does all this mean for ordinary citizens? For one, we need to begin looking beyond the immediate convenience that technologies offer us as individuals, and consider their broader impacts on community, society and nature. We should remain highly skeptical about the utopian claims of those who stand to profit from new technologies. And, perhaps most importantly, we need to allow our own children to grow up – as long as possible – in nature and community, rather than in a corporate-mediated technosphere of digital screens. Doing so will require us to challenge school boards and administrators who have been sold on the idea that putting elementary school children in front of screens is the best way to “prepare them for the future”.

As for the Department of Public Service, my survey response will say that the costs of improved telecom access would far outweigh the benefits. It would be of no consequence to my farm business, which by design only involves direct sales to nearby shops and individuals. More importantly, our farm is not only an “agriculture business” it is also our home, and that’s where the impact would be greatest. Better digital access would make it easier for me and members of my family to engage in addictive behavior, from online gambling and pornography to compulsive shopping, video games and internet “connectivity” itself. It would consume the attention of my children, leaving them more vulnerable to insecurity and depression, while displacing time better spent in nature or in face-to-face encounters with friends and neighbors. There are broader impacts as well: we would be increasingly tempted to buy our needs online, thus hurting local businesses and draining money out of our local economy. And almost everything we might do online would add a further increment to the growing wealth and influence of a handful of corporations – Amazon, Google, Facebook, Apple, and others – that are already among the most powerful in the world.

These are significant impacts. But the DPS doesn’t want to hear about them.

—
AUTHOR BIO: Steven Gorelick is Managing Programs Director at Local Futures. He is the author of the ‘Small is Beautiful, Big is Subsidized’, co-author of ‘Bringing the Food Economy Home’, and co-director of ‘The Economics of Happiness’. His writings have been published in ‘The Ecologist’ and ‘Resurgence’ magazines. He frequently teaches and speaks on local economics around the US. 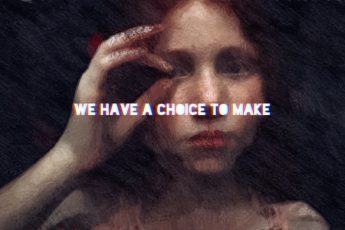