Recently the left has been losing the propaganda war. Funding manipulations on the internet have left many people describing my life-long scourge – wishy-washy liberals – as left. This irritates me. If I start using terms like compassionate – liberals of course call themselves compassionate, hard-line leftist theorists will say that I have let in these wishy-washies. They would say “hold to a contemporary radical Marxist position” as a means of distinguishing from Liberals. Yet a clear compassionate view that includes contemporary radical Marxism distinguishes me from Liberals.

In this context it is worth considering what a Liberal is. Liberals are intellectuals, often what my comrades used to call armchair socialists, who are vaguely caring and vaguely socialist. And by “vaguely” I mean that when it comes to the crunch, if it is a choice between mortgage and socialism liberals will always choose mortgage, and the underlying fear and greed that marks a Liberal can lead them to vote with the right wing especially as they get older. The Liberal agenda varies over time, currently it is wrapped up in identity politics. This identity agenda dominates the façade of liberal media in the West, a media which is increasing the division of the 99% – and this fact of division shows who is controlling the media, 1%.

One of the failures of the left in my lifetime has been the inability of the left to unite. Primarily this is because of intellectualism dominating the left-wing. During my limited activism this left-wing was split over intellectual differences concerning Marxism. As a UK activist in the 80s left-wing politics was divided intellectually, hatred of other Marxists dominated – Commies vs Trots. At the time I was pulled to communism where I obtained an excellent Marxist education, but saw the lunacy of their positions. At the time women were still patronised because “Marxists” decided women should not become soldiers or “go down the mines” because of exploitation. And their major attack on the Trots was that they divided the mass movement (which they did) yet in the UK there were 3 communist parties with a total of 5000 people!! So the left was/is comprised of commies, trots, some of the labour movement and wishy-washy liberals – not the mass movement, is there any wonder that there were right victories in Trump and Brexit?

One of the main reasons that the left is not attracting 99% support is the fact that they don’t listen. These activists are deeply immersed in their activism of promoting the “mass movement”, but they don’t listen to the mass movement because of “recruiting”. A caring person is drawn to political activism and is immediately assailed by factions recruiting for their own brand of Marxism. This intellectual activism is so destructive, and can lose caring activists. The point of Marxist correctness is not that it is intellectually correct but that his analysis supports the compassionate approach that frees all people from suffering, from the 1%, from war and from wage-slavery.

Significant amongst the hard-line Marxists is the notion of revolution. Whilst there is no doubt that the 1% will never relinquish power through the ballot box as they control propaganda globally through the wider media (inc internet), it is only intellectualism that can call for revolution at this stage. Look at the Vanguard in Russia. They started a revolution in which many people died because of capitalist imperialist reaction, yet because the people were not “ready” the USSR never moved beyond the dictatorship of the proletariat that eventually stagnated and led to oligarchy. Is this a century of progress? Whilst revolution might well be the only way to dispossess the 1%, to call for such at the moment is only calling for a futile death of many members of the mass movement. When the revolution might be “ready”, who knows?

Compassion also has a broader appeal. In the West Christianity is the dominant religion yet traditional Christianity votes with the right wing. In Brazil and elsewhere in Latin America there is the tradition of Christian compassion epitomised by Paolo Friere, but in the West the Christian tradition is voting with right-wing thugs. Why aren’t they voting with the compassionate left? Propaganda, not Christian compassionate analysis. This incongruous voting pattern is made far easier by left-wing intellectuals who promote hard-line theories, dismiss all of religion as an opiate, and do not listen to where people are coming from.

Sanders and Corbyn have got to be the great left-wing hopes. Whilst Corbyn’s roots were in the Trotskyist Left, his approach is that of compassion and listening distinguishing him from his erstwhile comrade theorists. Grass roots activists throughout the movement might themselves hold to theories but their success is based on their ability to listen to the mass movement, show compassion and adapt to what they hear. Corbyn does this, I assume Sanders does too.

Clearly the political objective has got to be uniting the 99% against the 1%. Some of Trump’s right-wing rhetoric appropriates the anti-1% dogma, but for some of his supporters their vote was only a “hail Mary” approach – now patently not a touchdown. A compassionate left would have listened to those people, you cannot unite the 99% by not listening to them. If you listen to them they will listen to you. If you don’t try to sell them a “recruitment” line but try to work with them in their interests within the mass movement, maybe there can be some unity. If the dominant approach of the mass movement is compassionate listening activism, then there is a chance of unifying the 99%.

Make compassion a benchmark for activism and voting. 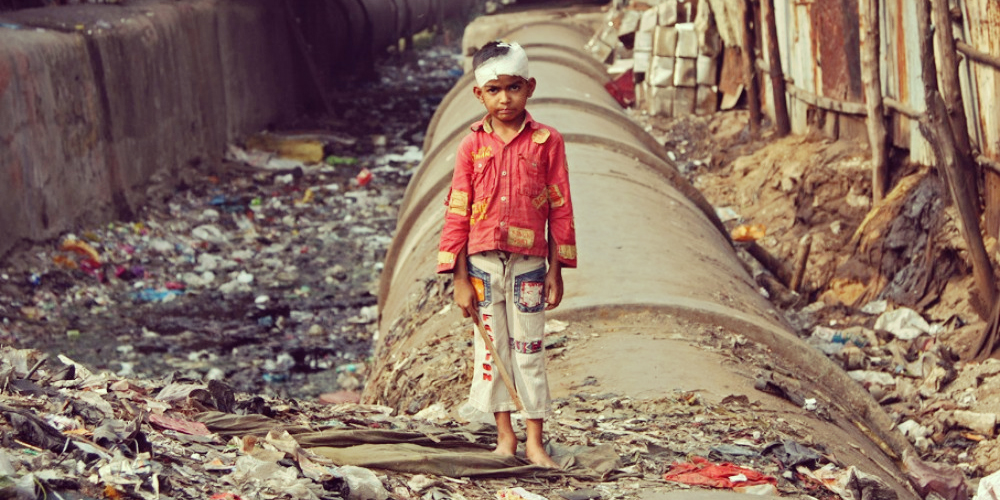 4 examples that show that poverty isn't a natural human condition