21 Previously Unknown Reasons Why The World Needs You to Eat Vegan Today (And It Has Nothing To Do With The Animals)!

I believe most people, if polled, would say that they value health, peace, and the protection of natural resources like clean water, fertile land, and unpolluted air.

However when looking at a typical American meal, what is present are items that promote disease, violence, and environmental destruction.

I think most people simply don’t know the information they need to know in order to match up their food choices to their values. The 21 tidbits below are presented to help you make food choices based on your priorities of health, peace, and environmental conservation.

2. The second leading cause of death in America is cancer. Casein (and likely most other animal proteins) is a far more relevant carcinogen than any pesticide, herbicide, food additive, or other noxious chemical ever tested. (source) Using traditional science practice, we should be concluding that casein (milk protein) is a chemical carcinogen, perhaps the most relevant carcinogen that we consume. (source)

3. After chronic lower respiratory disease (COPD) caused from smoking (#3) and accidents (#4), the fifth leading cause of disease in America is stroke. Every western meal of processed vegetable oils, dairy products, and meat (including chicken and fish) injures endothelial cells. As individuals consume theses damaging products throughout their lives, they have fewer functioning endothelial cells remaining and thus less of the protective nitric oxide. Without enough nitric oxide, the plaque blockages build up and grow, creating eventually heart disease and strokes.

5. The seventh leading cause of death in America is diabetes. In a 2003 study, the Chicago Health and Aging Project reported that people eating the most saturated fat had a higher risk of developing Alzheimer’s disease, compared with people who avoided it. Saturated fat and cholesterol are bad for you. The products that harbor them —meat, dairy products, and eggs —are best left off your plate. People following plant-based diets have healthier body weight, better cholesterol levels, lower blood pressure, and much less risk of diabetes.(source)

6. After influenza and pneumonia (#8), the ninth leading cause of death in America is kidney disease. Once your protein needs are met then the excess must be eliminated from your body, primarily by your liver and kidneys. You can notice an overload of protein by the strong smell of urea in your body sweat and urine. The work of eliminating excess protein takes a toll even on healthy people. On average, 25% of kidney function is lost over a lifetime (70 years) from consuming the high animal-protein Western diet. For people with already damaged livers and kidneys, consuming excess protein will speed up the processes that lead to complete organ failure. Excess protein damages the bones. Doubling the dietary intake of protein increases the loss of calcium into the urine by 50%, fostering the development of osteoporosis and kidney stones. (source)

7. A healthy, plant-based diet requires planning, reading labels, and discipline. The recommendations for patients who want to follow a plant-based diet may include eating a variety of fruits and vegetables that may include beans, legumes, seeds, nuts, and whole grains and avoiding or limiting animal products, added fats, oils, and refined, processed carbohydrates. The major benefits for patients who decide to start a plant-based diet are the possibility of reducing the number of medications they take to treat a variety of chronic conditions, lower body weight, decreased risk of cancer, and a reduction in their risk of death from ischemic heart disease.

A plant-based diet is not an all-or-nothing program, but a way of life that is tailored to each individual. It may be especially beneficial for those with obesity, Type 2 diabetes, high blood pressure, lipid disorders, or cardiovascular disease. The benefits realized will be relative to the level of adherence and the amount of animal products consumed. Strict forms of plant-based diets with little or no animal products may be needed for individuals with inoperable or severe coronary artery disease. Low-sodium, plant-based diets may be prescribed for individuals with high blood pressure or a family history of coronary artery disease or stroke.

Physicians should advocate that it is time to get away from terms like vegan and vegetarian and start talking about eating healthy, whole, plant-based foods (primarily fruits and vegetables) and minimizing consumption of meat, eggs, and dairy products. Physicians should be informed about these concepts so they can teach them to staff and patients. (source)

8. It is estimated that a staggering 925 million humans around the world are suffering from the effects of hunger (mostly in the poor and underdeveloped countries of Asia and Africa), and out of that original number, 870 million are affected with malnutrition. Every year, starvation claims the lives of over 2.5 million children under the age of five.

However, it has been proven that there is enough food on earth to feed every last man, woman, and child. Yet, if this is the case, why do people around the world continue to starve? The answer to that question lies in large part with the production of animal-based foods, such as meat, dairy, and eggs. Even though there are enough plant-based foods grown to feed the entire human population, the majority of crops (including those grown in countries where people are starving) are fed to livestock for affluent nations, and since the amount of animal-based food produced by the farming industry is much less than the amount of plant food put into it, there is a “diminished return on the investment,” the food supply dwindles, and humans end up going hungry. (source)

9. A study published earlier this year in the journal Environmental Research Letters analyzed the world’s agriculture resource data and found that humans cutting meat from their diets could play a significant role in combating world hunger. According to the researchers, 36 percent of the total calories that come from crops are allocated to farm animal feed, but only 12 percent of those calories actually make it to people’s dinner plates. The researchers concluded that if all of the world’s crops were directly consumed by humans, there would be approximately 70 percent more food available, providing sustenance for an additional 4 billion additional people. (source)

10. While there are of course no exact comparisons, I believe that one important lesson is that the mentality and methods behind the Holocaust, such as “might makes right,” the demonizing of various groups of people, and the use of certain types of technology, are similar to those behind the abuse of both animals and people today. Another important lesson is that the blindness of most of the world to the unspeakable horrors of the Holocaust should inspire us to move beyond our society’s indifference to active involvement in ending violence against both people and animals. I believe that it is possible to make certain Holocaust comparisons without, God forbid, denigrating the sacredness and dignity of Holocaust victims. Indeed, I believe that the best way to honor their memories and make their deaths more meaningful is to work against the mentality and methods that fueled it and that are still inflicting tremendous damage on people, animals, and the entire planet. This can actually result in a kiddush Hashem (sanctification of God’s Name) that will have much positive benefit to the world, providing an additional reason that Holocaust victims will not have died in vain. (source)

11. By placing humans at the top the planet’s food chain, our culture has historically perpetuated a particular worldview that requires from its members a reduction of essential feelings and awareness – and it is this process of desensitization that we must understand if we are to comprehend the underlying causes of oppression, exploitation, and spiritual disconnectedness. When we practice eating for spiritual health and social harmony, we practice making certain essential connections that our culturally induced food rituals normally require us to block from awareness. This practice is an essential prerequisite for evolving to a state of consciousness where peace and freedom are possible. (source)

12. Since the publication of The Sexual Politics of Meat, I have become immersed in these exciting movements of scholars and activists alike who are challenging a violent and violating worldview. In the 1980s, ecofeminists began to identify the interrelated oppression of women and animals. In addition, there has been important activism and scholarship identifying the relationship between violence against humans and violence against animals, including the direct relationship between child and animal abuse, and woman-battering and animal abuse. (source)

13. As our culture evolves, veganism will increasingly be seen as a religion that people can rely on, for example, to ensure they have access to vegan foods, for religious/ethical reasons, in typically oppressive environments like prisons and schools, and to justify refusing vaccinations, which contain animal ingredients and are tested on animals. Veganism is not just an animal rights movement, a social justice movement, a physical and mental health movement, an environmental movement, a peace movement, and a world hunger movement, but it completely embraces and nourishes all of these because it is, ultimately, a spiritual movement reconnecting us with the deeper, trans-verbal truths of existence.2 As we increasingly realize this and live it, we will not only regenerate the established religions, but also recognize veganism as the spiritual path of liberation for all, and the religion of the coming age (if we prove worthy to have a future here), drawing us to fulfill our proper destiny on this beautiful and ravaged Earth. (source)

14. While one hectare (about 2.5 acres) of land growing potatoes can feed 22 people, and one hectare growing rice can feed 19 people, that same area producing beef can feed only one person. (source)

15. Agriculture is responsible for 80-90% of US water consumption. Growing feed crops for livestock consumes 56% of water in the US. 5% of water consumed in the US is by private homes.(source)

19. Animal agriculture is responsible for up to 91% of Amazon destruction. 1-2 acres of rainforest are cleared every second. (source)

I say these 21 reasons are “previously unknown” because I feel sure that if you already knew them then you would have already adopted a plant-based diet. Eating a plant-based diet helps you put your powerful beliefs into action several times a day.1

There is only one reason to become vegan, by definition, and that is for the welfare of animals and their liberation from human exploitation. Without presenting all the many reasons to exercise our compassion to end animal exploitation, there is still excellent support for embracing veganism to improve health, foster peace, and slow environmental destruction.

Eating vegan is only one aspect of being vegan. You can learn how to safely & smartly adopt an optimal vegan plant-based diet AND make money spreading veganism using and sharing The Vegan Key™, an 11 day online nutrition program for those who want to become vegan and for unhealthy vegans who want to improve their vitality.

Carla Golden is a spiritual nutritionist and a massage therapist in private practice specializing in therapeutic essential oils. With a Bachelor of Science degree in Holistic Health & Healing, she enjoys helping others discover the benefits and liberation inherent in a whole food, plant-based diet. The Vegan Key™ is her newest online nutrition program based on tried and true methods which foster performance, vitality, and purpose. 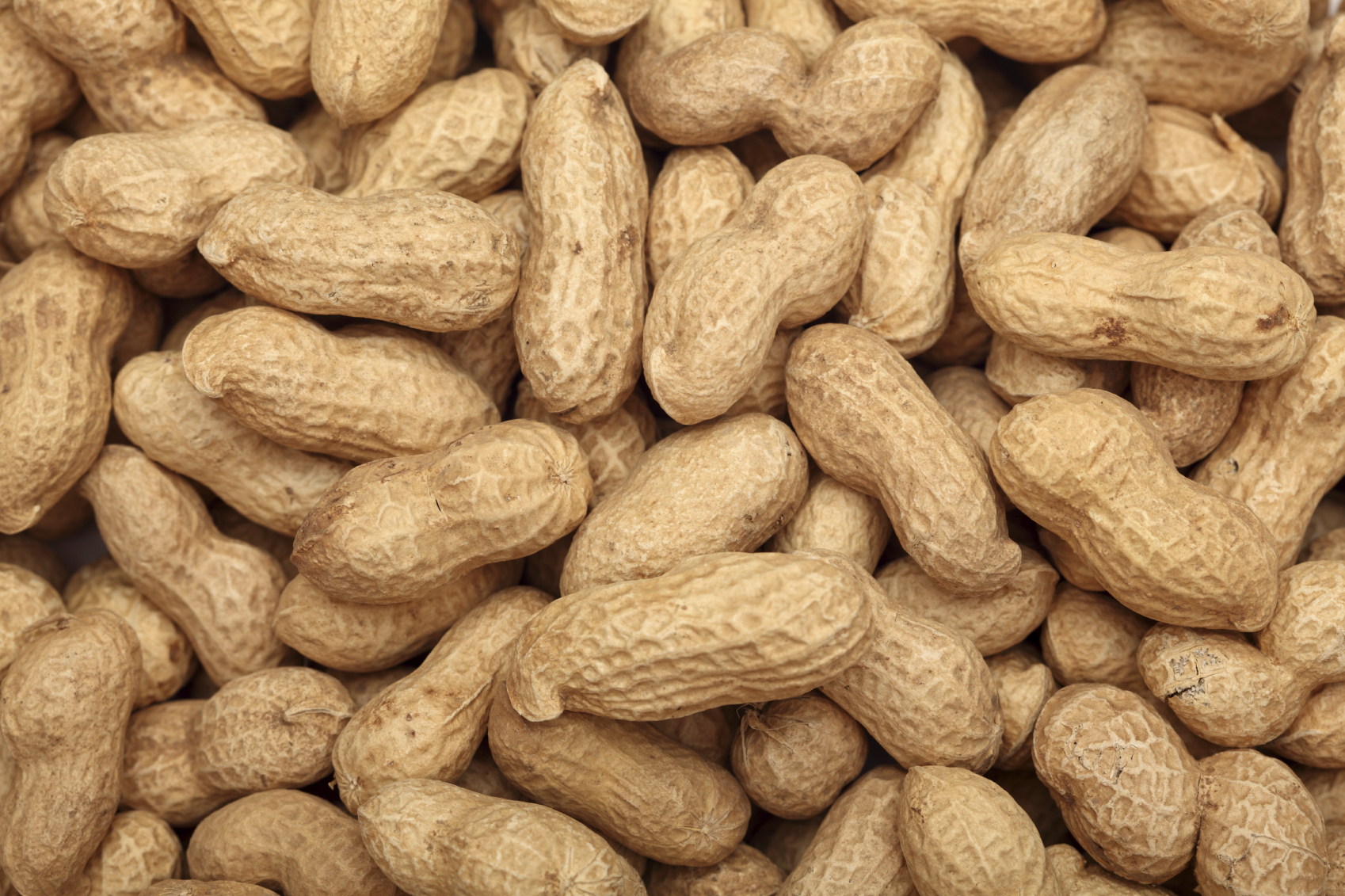 Have you ever thought about how #PovertyIsCreated?

« Previous post
How the U.S. Navy Plans to War Game the Arctic
Next post »
What Any Social Justice Activist’s Lunchbox Must Contain