One of the problems with neoliberal economic policy is that it’s tough to get countries to agree to it; especially democratic ones. It has often required quite extreme measures, such as invasion – the classic example being the US-backed coup against Chile’s democratically elected president – or debt bondage and structural adjustment led by the International Monetary Fund (IMF). Both are effective ways of forcing countries to deregulate their markets.

But neither of these methods has been very popular. It turns out that most people don’t like it when sovereign nations are invaded for corporate gain, as the global protests against the Iraq war made clear. And structural adjustment proved to be so damaging and inspired so many riots that the IMF was forced to step back from it – at least ostensibly – in the early 2000s.

To avoid these messy PR nightmares, the latest approach has been to get countries to impose neoliberalism on themselves.

Enter the World Bank. In 2003 the World Bank published the first Doing Business Report, which ranks the world’s countries based on the “ease of doing business” in them. For the most part, the fewer regulations a country has, the higher they score. The report has become the Bank’s most influential publication, and the ranking system is recognised as a powerful tool for compelling countries to initiate regulatory reforms, driving a quarter of the 2,100 policy changes recorded since it was launched.

Investors and CEOs use the rankings to decide where to move their money or headquarter their businesses for maximum profit. There’s even a handy iPhone app that jet-setting capitalists can use to redirect their investments on the fly. A new minimum wage law was just passed in Haiti? Better move your sweatshop to Cambodia! Higher taxes on the rich in Sweden? Time to shift accounts to Kenya’s new tax haven!

By providing a panopticon of knowledge about regulatory policies all over the world, the Doing Business rankings give investors an incredible amount of power. Countries are forced to respond by cutting regulations to make themselves more attractive to the barons of global capital, setting off a sort of global race to the bottom. A special “reform simulator” shows how each country can improve their ranking by, say, cutting corporate taxes or legalising land grabs.

The dark side of “doing business”

The Doing Business rankings are based on ten different indicators, most of which rest on a bizarre black-and-white morality: regulation is bad, deregulation is good.

Take the “employing workers” indicator, for example. According to this measure, countries are scored down for having laws that require minimum wages, paid vacation, and overtime rates. They also get docked for requiring employers to pay severance packages to retrenched workers. According to Doing Business, all of this counts as “red tape” that needs to be abolished. When critics pointed out that this stance runs against the basic labour rights enshrined in international conventions, the World Bank was forced to remove the indicator from the ranking system.

The “paying taxes” indicator is equally disturbing. Countries are punished in the rankings for having corporate income taxes, property taxes, dividend taxes, and even the financial transaction taxes that are so vital to preventing another crisis.

They are also punished for requiring employers to pay taxes for services like roads and waste collection; apparently Doing Business doesn’t stop to ask how states would provide these services without taxes, or how companies could perform in their absence. It’s no wonder that countries are now competing to offer tax haven services, to the point where the global tax haven network is facilitating illicit financial flows from developing countries, which were estimated at $859bn for 2010.

Then there’s the “getting credit” indicator. Sounds fair enough – businesses need access to credit, after all – but the name is misleading. In reality the measure is only concerned with making it easier for money lenders to recover debts. If countries have bankruptcy laws that, say, protect students who default on their loans, they get punished in the rankings. Countries are rewarded when they make it easier to liquidate the assets of defaulted debtors, even though this removes risk from lenders and can lead to dangerously inflated debt markets.

The “getting credit” indicator also ranks countries based on their credit registries. The more data a country publishes about each citizen’s credit history, the higher they rank. In other words, Doing Business seeks to extend the US credit score system – a powerful way to render citizens docile and obedient – across the entire world.

Another measure that deserves attention is the “protecting investors” indicator. This one rewards countries that make it easier for shareholders to sue company directors for “misusing corporate assets”. To be fair, this may succeed in reducing some forms of corruption. But it also pushes toward stronger “shareholder value” laws, which prevent corporations from doing anything that might compromise short-term profits, such as paying higher wages or giving back to the community.

Finally, there is the “registering property” indicator, which pressures countries to cut regulations on buying land. The Oakland Institute has shown that this has set off a rush of corporate land grabs in the developing world.

The problem with the indicators is that they have no sense of balance. They don’t just want lower minimum wages, they encourage countries with no minimum; they don’t require more modest taxation, they press for zero taxation; they don’t ask for more streamlined trade, they want to abolish customs; they don’t demand fewer regulations on land, they want total freedom of purchase. Countries are rewarded for pushing to these extremes. There is no recognition that some regulations might actually be important to a fair society.

The Doing Business rankings reduce economic policy to the shallow metrics of private gain. According to this flagship initiative of the World Bank – which is supposedly devoted to creating a world without poverty – nothing matters aside from corporate profit. The well-being of the people, the health of the land, the fairness of the society; none of these counts in the brave new world of business. Countries are compelled to ignore the interests of their own citizens in the global competition to bolster corporate power.

And here’s what may be the most disturbing element of all: The rankings not only inform investors’ decisions, they also determine the flow of development aid, as some aid agencies use them to give preferential support to countries that make progress in the rankings. Forget measures of health, happiness, and democracy. Forget gains in growth and employment. In the end what counts most is the “ease of doing business”.

The men behind the curtain

If you’re curious enough to look into the science behind the Doing Business rankings, you’ll find, as I did, that it’s actually not science at all. An official report published in June 2013 revealed that the system has not been peer-reviewed. Furthermore, it is based almost entirely on the papers of two of the economists who invented it, Simeon Djankov and Andrei Shleifer; hardly a sufficiently robust basis for such a powerful tool.

Who are these two men? Shleifer is the protege of Larry Summers, the Harvard economist who stymied efforts to regulate the US derivatives market and paved the way for the housing bubble and the financial crash. During the 1990s, Shleifer led the Harvard-based project – funded by the US government – to privatise Russia’s economy and establish the country’s first capital markets.

The project was dogged by controversy. A federal investigation found that Shleifer was both evading taxes and investing in the very markets he was setting up. Harvard was charged with breach of contract, while Shleifer and his associate Jonathan Hay – with conspiracy to defraud the federal government. Harvard settled out of court for $26.5m, while Shleifer had to pay $2m. The Harvard project was closed down in disgrace.

Djankov’s record is equally troubling. After serving as the World Bank’s in-house deregulation guru for 14 years, in 2009 he became the minister of finance and deputy prime minister in his home country of Bulgaria. Immediately after assuming power he went on an aggressive austerity spree – slashing taxes, capping deficit spending, and firing some 13,000 public employees. Barak Obama, David Cameron, and Angela Merkel lauded him for these reforms, and the rating agencies upgraded Bulgaria’s outlook. According to the accountants, Bulgaria had never looked better.

Then reality hit. Djankov’s austerity project made life so unbearable for most Bulgarians that protests swept through the country in early 2013. The demonstrators, who were supported by 92 percent of the population, managed to depose the government.

Djankov and Shleifer are ideologues who have caused a great deal of harm in the real world. They have both been publicly discredited, yet they continue to exercise tremendous power over economic policy through the Doing Business rankings. Why should we listen to these unelected technocrats? And who gave the World Bank the power to rank countries according to the narrow criteria of “doing business”? An increasing number of civil society groups are raising these questions, and a recent review ordered by World Bank President Jim Kim even recommends abandoning the aggregate rankings. It’s time to take the next step: abolish the indicators altogether, and put economic policy back in the hands of democracy.

Dr Jason Hickel lectures at the London School of Economics and serves as an adviser to /The Rules.

Sign up to tell the World Bank “Hands Off Our Land”: http://ourlandourbusiness.org/ 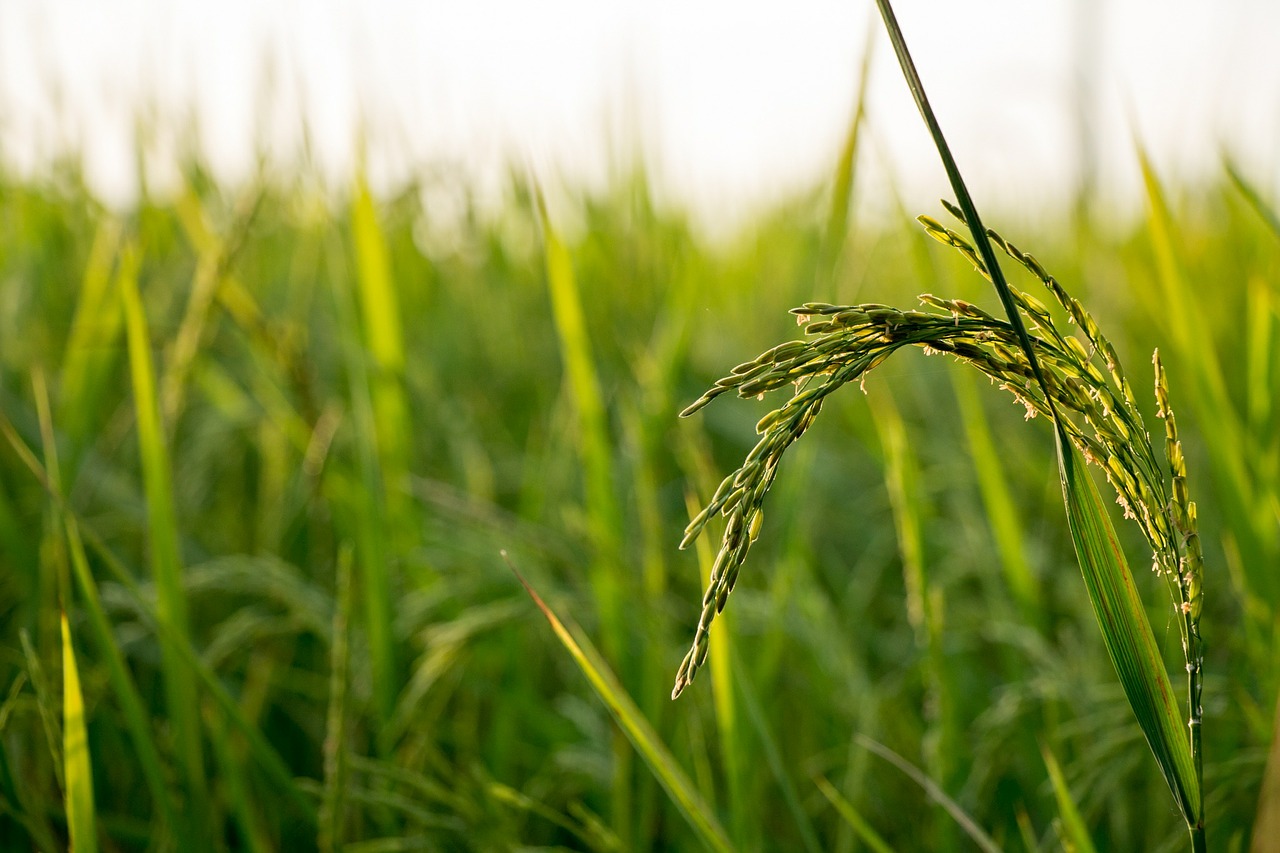 « Previous post
Are Economic Growth and Social Justice Incompatible?
Next post »
The Majority Report on The World Bank