Psychedelics and the Fight for Cognitive Freedom: On Horizons 2016 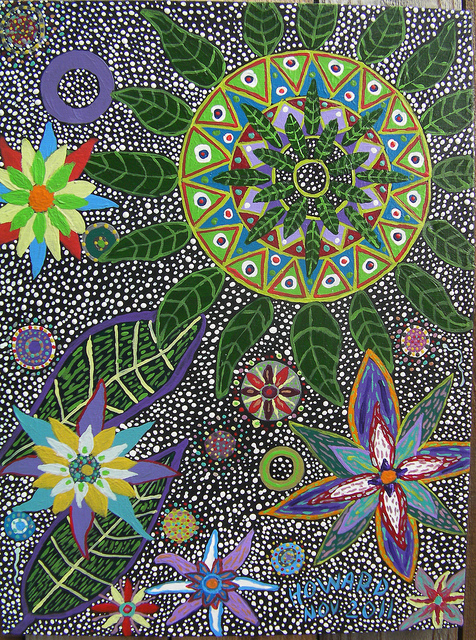 They’ll say it was the year of consensus. The year it all began to come together.

This year’s Horizons: Perspectives on Psychedelics at Cooper Union’s Great Hall began with Dr. Neal Goldsmith urging a full audience to reflect on the uncertain research circumstances that the conference began in a decade ago, the resurgence of institutional funding for psychedelics studies it has nursed, and where another decade of convening might lead. Since it’s founding, Horizons attendees, he suggested, had witnessed the seeds of a psychedelic renaissance take root. Led by a new academic understanding of psychedelics as powerful healing agents, there now seems to be more treatment possibilities than ever: depression, addiction, anxiety, trauma, and even learning disabilities.

Even the FDA is enthusiastic that several leading substances may be capable of replacing big pharma prescriptions by allowing victims to confront their trauma within guided mystical experiences. According to Johns Hopkins’ largest tests so far, the significance of active psilocybin experiences, when properly administered, often rate among patients’ most personally meaningful experiences in their entire lives. Subjects regularly communicate increased senses of life satisfaction, altruism, and prosociality. Beyond the realm of formal testing, Jesse Jarnow endearingly reminded us that the psychedelic experience has been impacting the fields of arts, science, and technology since Albert Hoffman famously synthesized LSD in 1938.

So what’s changed since then? According to Jarnow, while he recognizes the proliferation of microdosing in Silicon Valley and Ayahuasca circles in the Hudson Valley, he also notes that current psychonauts are less focused on the latest chemical cocktail, and more concerned with effectively integrating a journey’s lessons into everyday life. On a collective scale this may amount to a maturation in Western popular valuing of psychedelics beyond mere entertainment and titillation purposes towards a more basic understanding–that access to these substances, considered by many to be the most mind-altering on earth, are also birthrights of a cognitively free society.

“There is something remarkably reorganizational about these experiences,” remarked leader of the Johns Hopkins studies, Dr. Roland Griffiths, during his presentation. After working with over 270 patients since 1999, his lab’s results on psilocybin and spirituality show lasting improvements in participants’ perceptual attitudes, emotional processing, and cognitive clarity. Griffiths has devotedly worked to optimize conditions for producing meaningful and profound experiences by refining the set and setting of his treatments. Furthermore, his studies provide ample verification that “psilocybin and meditation are complementary techniques for the exploration of the nature of mind and self.”

Meanwhile NYU’s brilliant team paraded even more potential applications from their Phase II study of psilocybin and distress: anorexia, OCD, personality disorders, criminal recidivism. Sarah Mennenga, Ph.D., a neuroscientist of ‘Learning and Memory,’ brimmed over how, “certain relations can be overlearned. A breakdown in neural connections can be beneficial.” NYU’s research director, the formidable, Stephen Ross, followed Mennenga’s comment to uphold how their testing reveals psilocybin to “regenerate empathic resonance and openness.” His colleague, Samantha Podrebarac, a Research Coordinator at NYU’s Experimental Therapeutics Lab, concurred, saying how experiencing something “more real than waking reality” often helps subjects see beyond their own malady to feel part of something larger, which can effectively soften the realities of dis-ease from cancer or end of life stress, for example.

Katherine MacLean and Ingmar Gorman from the Center for Optimal Living underscored the importance of integrating insights from psychedelic sessions, as a process of moving the individual’s experience into a shared communal understanding, albeit “there’s no such thing as a ‘typical integration session,” according to Gorman. Jessica Nielson, who researches the impact of Ayahuasca on victims of PTSD, also shared proof that professional, community support groups improve results.

The data sets from these presentations wasn’t new for most attendees, but their implications combined onto a single stage made for a nearly irrefutable, unified concordance–unlike the medical industry’s current strategy of assigning symptom-relieving pills, one or two professional sessions with professionally administered psychedelics can “address the root cause” of trauma in many cases by viscerally reconnecting people to a more expansive sense of themselves and the world. This emergent understanding is already beginning to diminish the image of psychedelics as narcotics, a word with ancient Greek roots meaning “to make numb”. And if the research trends continue, bureaucrats will not only have to bow to the scientific results, but also find a way to embrace a post “War on Drugs” platform acknowledging what many indigenous cultures have known for centuries: psychedelics awaken minds, not put them to sleep.

Who then, I wondered, will advocate for the policies required to allow our veterans, our socially disturbed, and our tortured criminals to rediscover their “whole selves”? Enter Rick Doblin, and his team at MAPs (Multidisciplinary Association of Psychedelic Studies). For over 20 years now, MAPs has been rallying appreciation for substances like psilocybin, MDMA, and Ayahuasca, as well as deftly leading the charge for rescheduling. Just this past year MAPs has begun offering support space at festivals like Burning Man, so that festivalgoers can transform difficult experiences into opportunities for learning and personal growth. Similar programs could prove useful across the country to “demonstrate that safe, productive psychedelic experiences are possible without the need for law enforcement-based policies.”

Beyond safe spaces, MAPs has perhaps been the single most effective agency at fueling the public shift towards psychedelic assisted therapy. By collaborating with leading research teams, like those at Johns Hopkins, NYU, and others, MAPs has framed a bevy of testing models that showcase results in terms of “harm reduction”. This linguistic scaffold has yielded studies that allow principles from biological psychology, neuroscience, behavioral science, anthropology, and clinical therapy techniques to join together in both research ventures and forums like Horizons. Over the past decade, the ability of experts from these fields to focus their efforts on a few specific substances and their application to trauma therapy, is slowly counterbalancing the previous generation of researchers’ impulsive counter-culture notions by showing that the most carefully wrought advances in quality of experience are largely due to improvements in compassionate caretaking leading up to, during, and following a psychedelic session. The work of Doblin and MAPs has been to give researchers a solid, common ground to stand on, and there is no shortage of praise from the community of psychotherapists who have been fortunate enough to bring psychedelics into their practices due to the new research opportunities.

One psychotherapist from UCLA, Alicia L. Danforth, who courageously offers adults with autism their first MDMA journey, gave a moving presentation featuring incredible before and after artwork by her subjects, clearly revealing cognitive shifts in sense of self-worth. Her current project complete, she reflected, “coming off this study I’m struggling to understand how I’m supposed to function as a clinical therapist without this tool. It feels kind of like being a firefighter not being allowed to bring her hose to fight the fire.”

However it was renowned author and rebel anthropologist Bia Labate who provided some of the weekend’s most empowering perspective, when she beckoned her fellow researchers to see the social roots of their subjects’ challenges as part of their own responsibility. “I think it’s an obligation for researchers to take a political stand on the substances they study…. If you study drug users, you need to support the rights of drug users,” she said, referring to the wake of violence that has disrupted communities in her home country of Mexico, and globally after nearly 30 years of drug wars. She continued, “As an anthropologist, I don’t find personal experience [in scientific studies] to be a bias, I find it a privilege…. A privilege means of establishing communication, connections, and networks.” Labate sees her political leanings towards freer access to psychedelics as a basic human right; a view stemming from the substances’ sociological and neurological abilities to “establish relations” where previously they were damaged or completely absent.

Bob Jesse, one of contemporary psychedelics research’s godfathers instrumental in initiating the Johns Hopkins research, took a more cautionary view. In his talk he implored wide-eyed hopefuls of any “renaissance” to patiently beware the pitfalls of an overly commercialized path to normalization. “Better to value [self]-attraction over promotion,” he advised, cautioning that first-time experiencers should approach engagement with psychedelics out of their own process of inquiry. Jesse implied that such restraint on the part of therapists, and the larger community, would decrease the likelihood of exploitative or medical events from inexperienced administration.

Yet in a show of welcome feedback, drug policy reformer, Jag Davies, rebutted Jesse’s notion of keeping activist’s efforts “200 ft. behind” the policy bus, challenging that, “political and policy reform are not usually linear.” His statement roused a subtle outcry of affirmation from the audience, who reminded panelists that the shift in public opinion around cannabis reform has been deeply aided by widespread political organization. Still, many agreed that Jesse is wise to warn against a movement founded on associating psychedelics as agents of social change. On the other hand, Labate’s point looms large. If psychedelics really offer “a perfect light in a darkened world,” as she describes, then doesn’t everyone have an inalienable right to stand in the sun?

Meanwhile, with the timeline for full legalization of psychedelics remaining unpredictable as a Dancing Bear blotter, most conference goers from Horizons will agree on two aspects of this year’s proceedings: Phase III is going to be interesting, and all signs are go. With a little patience, and the kind of excellence displayed by the current research leaders; it’s altogether possible that ten years from now, 2016, just may turn out to be the year the field of psychedelics realized normalization is not just a hallucination–it could really happen. 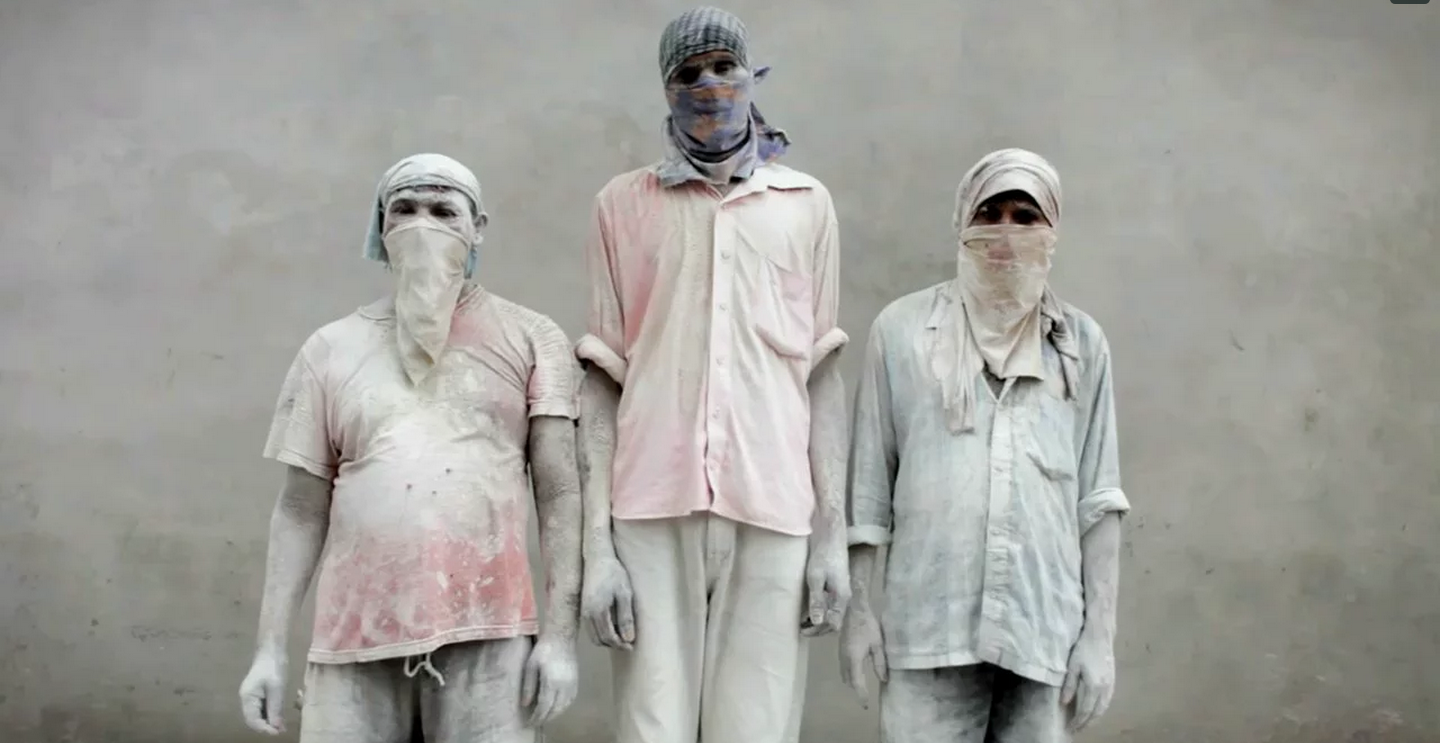 ‘Not a very Green Revolution’: Truth From India's Fields.