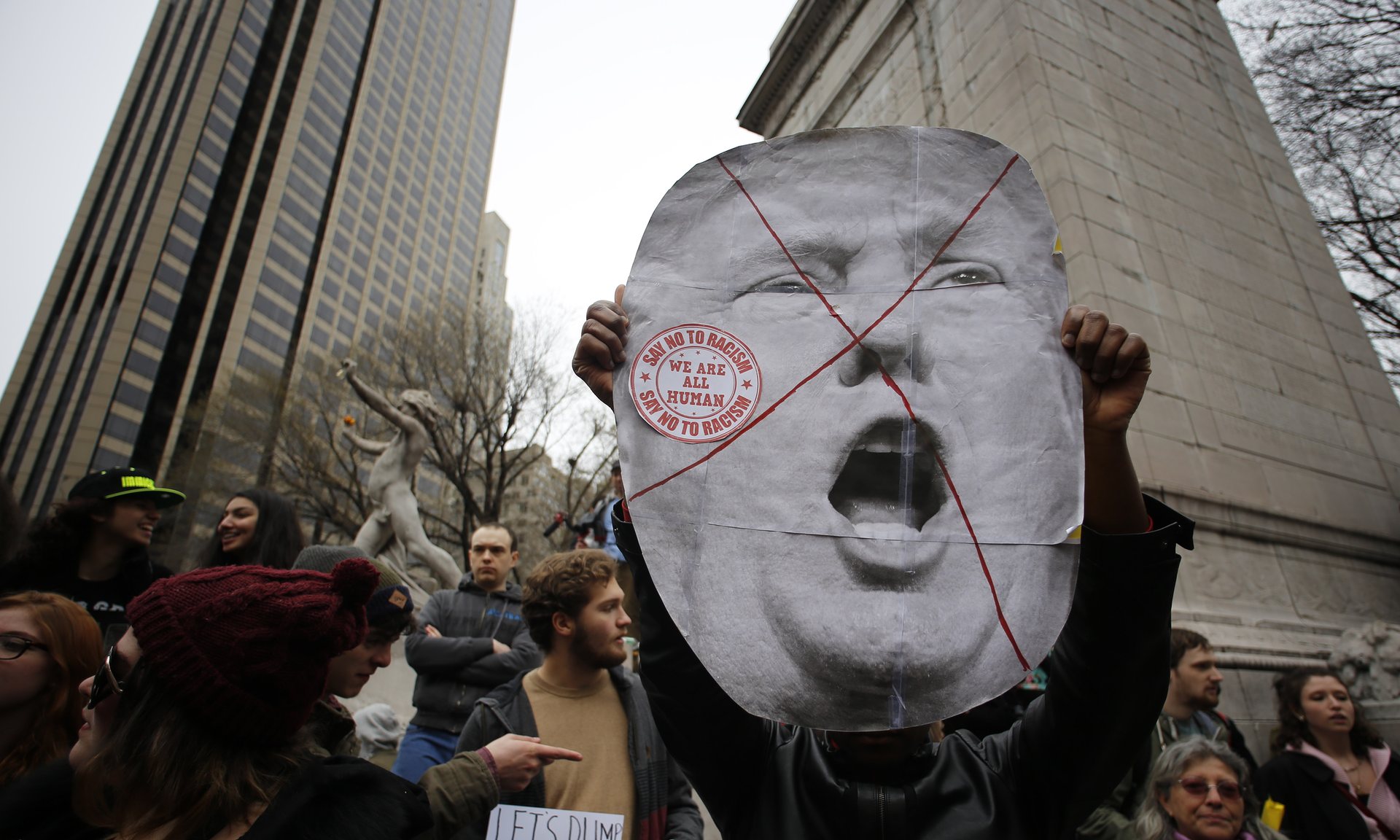 “In the heart of darkness, a light still shines.”

Every day, the news seems only to get worse. Trump’s Cabinet appointments are brazenly turning the U.S. into a kleptocracy – a land where those who have gained unprecedented wealth and power by cynically manipulating the rules now get to rewrite the rules for their own exclusive benefit. With all branches of government – executive, Congress, and the Supreme Court – in the hands of a morally bankrupt Republican leadership, the most powerful military and surveillance state in history is becoming a vehicle for corporations to ransack what’s left of the natural world for their short-term gain. With free speech under attack, along with threats of a Muslim registry and mass deportations of undocumented workers, we appear to be plunging rapidly into a bottomless abyss. 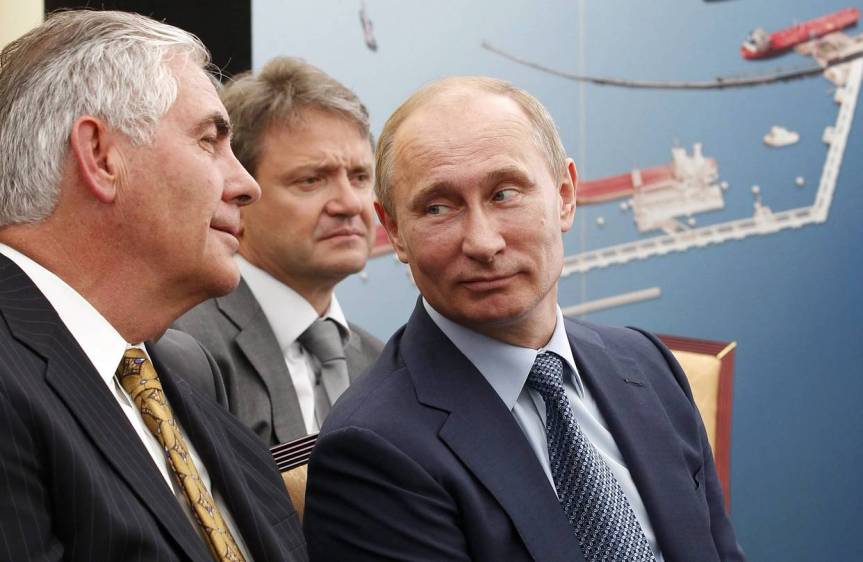 It’s natural for anyone who cares about dignity, justice, and the welfare of future generations to feel some despair. But in the very darkness of the times ahead, there is reason for hope that this bleak period will be the harbinger of a transformed society: a new economic and social order based on principles of equity, compassion, and natural flourishing. How can that be?

How change happens in complex systems

The source of this hope emerges from research in complex systems – and more specifically, how phase transitions occur in these systems. Complex systems exist everywhere in the natural world: in weather patterns, lakes, and forest ecologies. They exist within humans – think immune, cardiovascular, and neurological systems – and they exist in the systems we humans create: in markets, and in social and political systems.

These systems are nonlinear, which means the relationship between an input and output can vary wildly, and this characteristic makes them very difficult to predict. However, leading complexity scientists have studied how change happens in these systems, and have discovered principles that seem to occur universally. They are as true for a lake ecology as they are for a stock market. And they are equally applicable to our political system.

A crucial principle is that, while a complex system can remain resilient within a set of parameters for a long time, occasionally it becomes so unstable that it experiences a tipping point: a dramatic shift that transforms the system into something very different. A forest, for example, can get thinned out until it can no longer sustain itself, and it turns into scrubland. A real estate market gets overheated until it suddenly collapses. A person’s neurological firing can destabilize and suddenly puts them into an epileptic seizure.

These shifts – known as phase transitions – can also herald beneficial changes. A chrysalis transforms into a butterfly. A fetus develops until it undergoes the phase transition known as birth. Same sex marriage can remain unthinkable for generations, until it becomes the widely accepted law of the land within a few years. 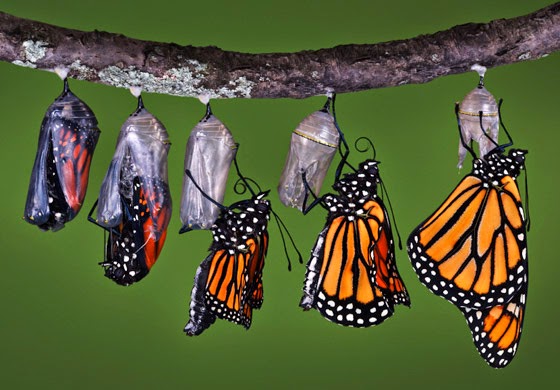 Scientists have studied intensively how to predict when these phase transitions might occur, and have identified a few flags that indicate when we might expect one. An important indicator is an increase in the variance of fluctuations within the system. A stock market, for example, might start gyrating giddily before it finally crashes. Rainfall patterns may fluctuate wildly before a long-term drought sets in.

When we apply these findings to history, it’s easy to see these turbulent fluctuations preceding phase transitions – in retrospect. The Great Depression in the 1930s led to the rise of fascism. The global devastation of the Second World War cleared the way for new norms such as the UN Declaration of Human Rights, which was adopted three years later  in 1948.

As we look at the current political situation, many signs suggest that we’re arriving at a new, historic tipping point. The globally dominant neoliberal political-economic system has caused unprecedented wealth and income inequalities, which have destabilized the foundations on which the past seventy years of relative peace and prosperity have been built. The Brexit shock, the rise of neo-fascism in Europe, and the impending cataclysm of Trump’s lawless brutality seem to signal an approaching tipping point. Our global society is most likely about to enter a phase transition, after which it will emerge into a new, stable state.

Towards a Great Transformation of values?

But there’s another possibility for the long-term outcome of this dark period. The American people will only take so much trampling over accepted norms. Trump, with his cabinet of billionaires and corporate titans, is likely to pursue a strategy of continued reckless violations of traditional American values such as decency and civil rights. There’s a real possibility that their frenzy of greed, bigotry, and hatred will catalyze a powerful counter-reaction. A significant majority of voters already chose the Democratic candidate over Trump at the election. After years of having their rights trampled upon by a Trump presidency, and most likely witnessing brutality once unthinkable in their own country, Americans may be ready for a radically different type of society: one based on values such as dignity, compassion, and fairness.

This leads to another important lesson from complexity science: During a phase transition, a system goes through a chaotic period of shifting power dynamics. In this period, seemingly insignificant actions can have an outsize effect, sometimes dramatically impacting the character of the long-term outcome. When we apply this lesson to the current situation, this becomes a clarion call for citizen action. What each of us does over the next few years could have extraordinary effects on the future society we bequeath to posterity.

For those who care about humanity, many of our actions will need to respond directly to Trump’s brutalism. To counter his xenophobia, we must support the sanctuary movement and resist his onslaught on Muslims. We need to protest forcefully when he doubles down on fossil fuel extraction and cuts taxes for his billionaire friends. We must guard diligently against any normalization in the media of his regime.

At the same time, we need to shine a light on a flourishing future that could still be available after this period of darkness. There is an enormous power arising from millions of interconnected people striving together towards a shared vision. We already know, within ourselves, what that vision looks like. In contrast to Trump’s intolerance based on a rhetoric of separation, the foundation of a flourishing future is our intrinsic connectedness: within ourselves, with others, and with the natural world.

Even before Trump’s regime begins, people are picking up on the urgent need for a transformation of values in American society. Political commentator Van Jones has initiated a “Love Army” to conquer Trump’s message of hate. Author Neal Gabler has called for a “kindness offensive.”

A society based on love and kindness is not just an abstraction. Kindness in action means resisting Trump’s brutalism. Love in action means working towards a transformation of society. Pioneers of a flourishing future have already been busily constructing a coherent platform of alternative ideas that can form the framework for a system founded on compassionate values. I’ve attempted to summarize some of them in a recent online conference where I took the role of a historian in 2050 looking back at how the world just survived climate catastrophe to enter a period known as The Great Transformation.

The traditional Chinese understood profoundly the dynamics of change that modern complexity scientists are discovering. Their famous yin-yang symbol captures a deep truth about how polarities can engender their opposites. In the middle of the black, there is a spot of white. When a wave reaches its peak, that’s when it begins to crash. The darkest hour is just before the dawn. 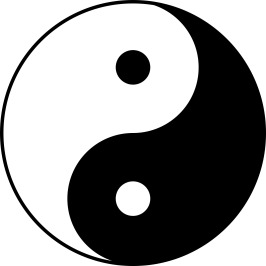 Yin-yang symbol: in the middle of the black is a spot of white

We haven’t yet hit the darkest hour of the Trump era. We’re just entering the abyss, and no-one can predict how bad it’s going to get. But as we move together into the darkness, along with our anguish and outrage, let us never lose sight of the light that lurks beyond. There will be casualties from his brutality. Few of us are likely to make it through unscathed. But by recognizing the power of our interconnected action, while keeping our gaze focused on the light beyond the horizon, we may well succeed in ultimately directing this tipping point away from collapse, and towards a society of flourishing, compassion, and justice. 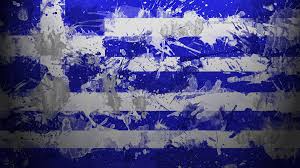 Greece: it's all going with the flow

not good at titles

« Previous post
The future with Donald Trump
Next post »
Is online Assignment Help is Significant for students?