The future with Donald Trump

Why has the election of Donald Trump created panic and uncertainty around the world two months before he actually takes office? The initial reaction to Ronald Reagan was the same and he turned out to become one of the most popular presidents in American history. If Donald Trump is going to the White House against all expectations it is simply because too many Americans felt ignored and neglected by their political leaders and the establishment.

In Europe the rise of so called populist parties is due to the failure of Governments to do what they are elected to do; look after the country and well being of the people. In sport whenever a team or individual loses a game they tend to ask themselves what went wrong and strive to improve. But this rule does not seem to apply to our political leaders who have distanced themselves from reality and seem only concerned about their own image, power and privileges oblivious to the major changes taking place, which pose a threat to our democracies.

The world had already reached a crossroads before Trump’s meteoric rise to power. The 21st century has seen a dramatic transformation of our economies and our societies. China, Russia and India have flexed their muscles and are changing the world order. Globalization has wreaked havoc in the Western economies as manufacturing jobs relocated to other continents while the public sector was torn apart when energy, water, rail and bus transport, airports and roads were privatised. Corruption, associated with despotic regimes, has become endemic in the wealthy western democracies. People are becoming disillusioned with a justice system which seems to be biased towards the criminals rather than protecting the victims.

When Bill Clinton repealed the Glass-Steagall Act, it gave banks power over all our savings and allowed financial institutions – and corporations – to establish offshore centres in tax havens evading tax on a massive scale. This has resulted in growing inequality as the wealth of the privileged elite grew while the rest of the population faced austerity measures and social services suffered cutbacks due to the loss of tax revenue. Financial and real estate speculation brought many western economies to the brink of collapse causing the loss of jobs and homes to millions of families but not the bankers.. Western nations face enormous national debts. Perhaps Donald Trump will draw on his personal experience and place the USA into bankruptcy allowing him to walk away from the nation’s obligations leaving the creditors stranded.

In Europe, 2004 became a watershed as the cosy club of western EU member states invited the poorer ex communist eastern bloc European countries to join. The European Union grew into an unmanageable, unaccountable monster fixing rules which could never be agreed, pouring money into a black hole and opening the doors to massive migration from east to west as the free movement of people accelerated. This has culminated in Brexit, an unprecedented situation of a member resigning from the club.

Communications and the internet have made the world a global village bringing huge technological advances to the workplace and into homes changing our lives. New industries have been created offering innovative products and services as well as employment. This is the upside of this new World. The downside has been a lack of enthusiasm for climate control in many nations and the limitless growth in tourism, which has become a double edged sword providing an economic boost to a country’s economy but often at the expense of the environment. But most important, the ease of travel and use of images, social networks and cellphones have enabled millions living in the regions of the world wrought by conflict or poverty to connect and see that there is a better life elsewhere.

After the US led war in Iraq and Afghanistan, religious and ethnic conflicts have arisen in Asia, the Middle East and North and Sub-Saharan Africa resulting in a millions of casualties and people fleeing from their war ravaged homelands. Terrorist attacks perpetrated by groups of radical Muslims, which began in far off places, reached Europe and the USA and our peaceful democratic societies suddenly found themselves in the front line of this new menace.

The Syrian crisis, an offshoot from the Iraq conflict, opened up a pandora’s box as refugees and illegal migrants from Asia, the Middle East, North and Sub-Saharan Africa crossed the Mediterranean and poured into Europe where they believed they had a right to a new life. The Schengen agreement was designed for Europe, not for the rest of the world and the open border policy has brought conflict between member nations of the EU unable or unwilling to cope with the influx of migrants.

The situation is such that nobody knows who is a genuine refugee or simply an undocumented illegal migrant or even a potential terrorist. Illegal campsites such as Calais, sprung up housing a mix of people from different ethnic groups and despite opposition from local residents, were ignored for years by Governments. In many towns and cities across Europe illegal migrants openly sell illicit or counterfeit goods in the street with impunity .and there has been resentment of Governments providing shelter for illegal migrants to the detriment of their own homeless. The policy of distributing migrants around Europe has met with resistance by both Governments and their populations who have expressed fear, founded or unfounded, for their security.

Ever since migrants queued up at Ellis Island in New York to obtain papers a century ago, immigration has been considered a necessity for economic growth. Today migration is seen instead as the biggest threat to the stability of the USA and to Europe. Governments have not only tolerated illegal immigration, which is particularly unfair on migrants pursing legal channels, but done little or nothing to stop the lucrative criminal industry run by unscrupulous trafficking gangs transporting desperate undocumented people from other continents with different religions and cultures prepared to risk their lives to reach what they believe is “El Dorado”. Most people in the West are neither racist nor nationalist. What has changed attitudes is that the refugee crisis has coincided with an economic crisis, which has left millions unemployed and forgotten.

This situation has divided our societies into two groups; those who believe in the nation state, with national identity, a language and a culture, and those who believe the future is open borders with a multicultural melting pot of people cohabitating in diverse vibrant communities. In many of Europe’s towns and cities with ethnic minorities the latter experiment has clearly failed as immigrant families or descendants of immigrants often remain in segregated communities unable or unwilling to join mainstream society due to religious or cultural differences. This has resulted in the radicalisation of many young people from immigrant families, increased crime and delinquency and social tensions in our societies.

It is therefore hardly surprising that wherever elected politicians tended to ignore people’s concerns over the economic and migrant issues, the populist parties accused of being racist and nationalist have stepped into the breach. Next year there are elections in several European countries where the Trump effect could result in a rejection of socialist or liberal ideas and the appointment of right wing governments.

The population explosion in the developing nations of Africa and Asia and the migration of millions escaping conflicts, poverty or hardship, coupled with the survival of the nation state will be the greatest challenge facing mankind this century. The Western democracies have a long standing tradition providing humanitarian aid to refugees. The asylum laws were created to protect individuals whose lives were threatened not whole populations. It is naive to think that Europe, North America and Australia can continue to grant asylum to millions of people – refugees or economic migrants – legal or illegal, from around the world without facing considerable economic and social problems at home. The World is at a crossroads and our future peace and prosperity require strong leaders with a vision and a change of mentality.

For decades the UN, World Bank and IMF have been implementing aid programmes but the poor nations are still poor. While politicians in the USA and Europe argue over bilateral trade agreements and Trump calls for more protectionism, multinational corporations must end the exploitation of natural resources and governments cannot simply ignore the plight of billions of people living in poverty or working in slave conditions around the world. The West has a simple choice; either set up a Marshall Aid programme with the UN to finance education, health and economic development in those African, Asian and Latin American countries in need to improve the living standards of the people and share economic wealth, or face a never ending economic and migrant crisis, which the building of walls will not resolve.
This is the world which awaits Donald Trump.

Peter Fieldman, author of “The World at a Crossroads”. Published in London by www.austinmacauley.com
Blog: www.peterfieldman.com

Our values will decide our destiny 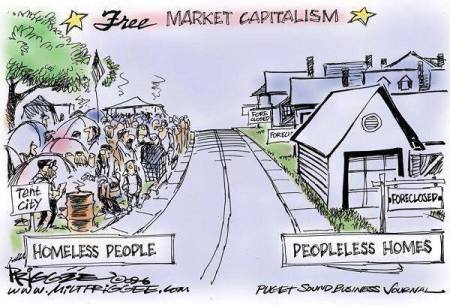 « Previous post
The role of psychedelics in improving climate change research
Next post »
Towards the Tipping Point: Understanding Trump in a larger historical context