Why are my highly educated friends so ignorant about trade? 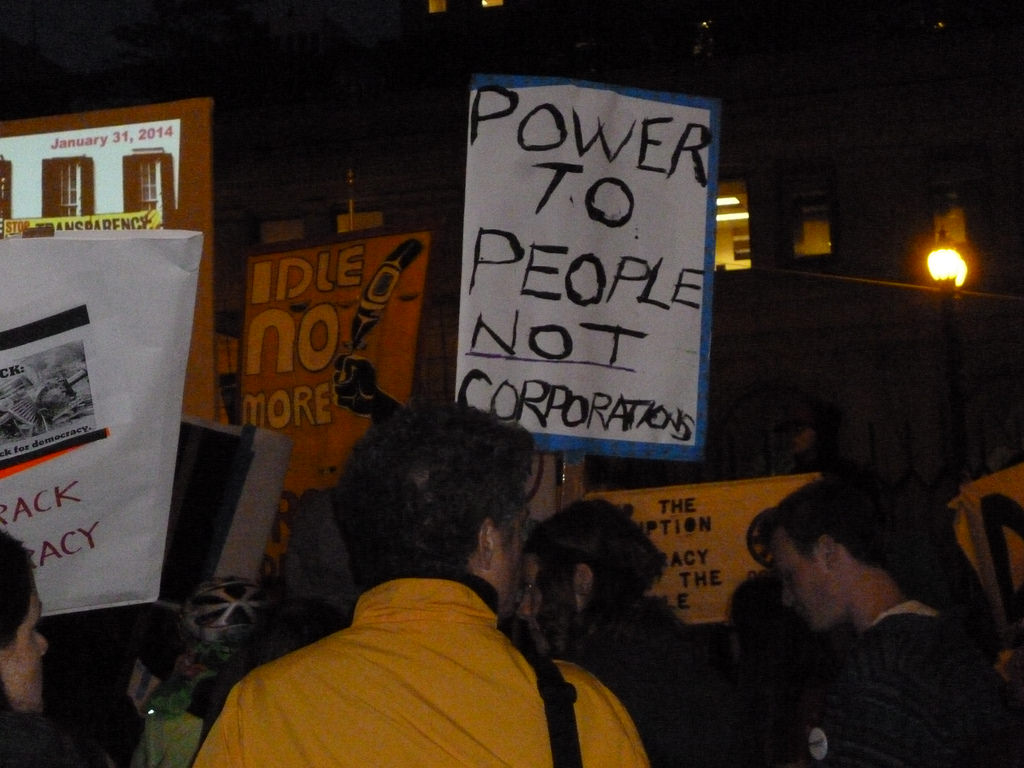 Since Donald Trump was elected President of the United States, I’ve found myself talking for the first time with a lot of my 20-something friends about trade agreements.

My friends didn’t vote for Donald Trump. Most are from “liberal” parts of the US. They went to good schools for 12 years, worked hard, got good grades. Many went on to top colleges and universities, places like Stanford, Yale, NYU, UCLA.

And yet most of them know almost nothing about one of the most important issues facing the world today.

Why are so many young people – even those with the “best” educations – almost completely ignorant about a huge ongoing threat to human rights, democracy and the climate? Well, I guess it’s not surprising. For years now, elite universities and neoliberal think tanks have been publishing papers which claim that increased international trade leads to poverty reduction, peace, and the spread of democracy. Politicians and CEOs – most of them graduates of these same universities – now constitute the Davos global elite, quietly pulling the strings on trade while no one is watching.

The result is that many young people are completely confused on the topic. How can the TPP be bad if Obama was for it and Trump is against it? Isn’t Trump’s loud anti-trade stance just another point against him – inextricably tied to his atrocious xenophobia and chilling position on immigration?

This widespread ignorance about trade among young voters is deeply disturbing – not least because trade agreements, and their role in hollowing out the American middle-classes, arguably made Trump’s election possible. (At the same time, Trump, a billionaire who has benefited enormously from free trade, is only likely to make their situation worse.)

But what’s most disturbing is that the ignorance of my friends has been intentionally created: trade agreements are confusing and secret by design. They are sometimes called “vampire agreements” – they grow fangs as long as they remain in darkness, but wither quickly in the light of day. Studies have shown that the more people know about trade agreements, the more likely they are to oppose them.

So as we prepare to face whatever happens next, let’s get each other informed.

Trump moves fast. During his first week in office, he officially nixed the TPP, and has announced his plan to renegotiate NAFTA — as well as to negotiate new bilateral trade deals. We will have to be vigilant. So for now, here are ten reasons that we should be glad the TPP is dead — the same ten things we should continue to watch out for — and resist — in the days ahead.

1. Secrecy. Trade agreements are drafted in secret by specially appointed “trade officials” (experts on trade and corporate law, many of whom originally worked in private corporate law firms). Although more than 400 representatives of special interests and corporations in the US alone have a seat at the table, citizens and their elected officials do not. Because the provisions of these agreements can override both democratically derived national laws and international agreements (like climate agreements), this secrecy dangerously undermines democracy. (Actually, all told, it kind of makes democracy not a thing.) Can we expect Trump to be more open and inclusive? Unlikely.

2. Investor State Dispute Settlement. Most trade agreements include a little thing called Investor State Dispute Settlement (ISDS) clauses. These give foreign corporations the right to sue any government whose laws or regulations –– such as those protecting the environment, food safety, workers’ rights or local businesses –– threaten future corporate profits. For example, the TransCanada corporation is currently using NAFTA to sue the United States for $15 billion for blocking the Keystone XL Pipeline. The arbiters who sit on these ISDS panels are corporate lawyers who can continue on the corporate payroll while the lawsuits are underway, creating a clear conflict of interest. Guess who the arbitration committees usually settle in favor of? Hint: it’s not the little guy. For example, Metalclad, a US corporation, won $16.2 million in damages from a Mexican town that refused to let the company dump its toxic waste there.

3. Regulatory chill. There is no system of precedents for ISDS suits, so countries cannot know how a tribunal will decide based on past decisions. Nothing is transparent and there is no system of appeals. Moreover, because small and developing countries have little money to pay for lawsuits or settlements, they are less likely to enact regulations to protect their environment and their people, creating a global climate of “regulatory chill.”

4. Climate. On the other hand, trade agreements are making certain that this is the only kind of chill around. The TPP in particular was touted as somehow being “good for the climate.” This could not be more wrong. It might be enough to say that in over 5,000 pages the phrase ‘climate change’ was never mentioned, but it’s also worth pointing out that the TPP:

And really, this is only the tip of the iceberg. To see the rest, I suggest that everyone read this Sierra Club Report.

5. Labor in ‘rich’ countries. The loss of working class jobs in countries like the US is perhaps the most well-known negative outcome of trade agreements. Indeed, global GDP has steadily risen since 1980, but labor’s share of national income in most industrialized countries has steadily declined. The reason? Trade agreements have rigged it so that it is simply impossible for companies to “compete” if they manufacture their goods in countries with decent pay or adequate labor protections. This leaves millions of people in industrialized countries jobless and struggling to survive – forced to shop at Walmart, where artificially low prices are made possible by the very rigged, exploitative system which left them without a reasonable living wage in the first place.

6. Labor in ‘poor’ countries. Does this mean that working class people in non- industrialized countries are doing great? NO! In fact, it’s exactly the opposite. The ways that bigger, richer countries use trade agreements to bully and exploit smaller, poor ones are fairly endless. But in short, the same corporations that once did their best to exploit workers in countries that now have labor protections are currently making hay in countries without them.

The TPP was famously supposed to have built-in protections for labor – “the best ever” – but they turned out to be about as strict as its built-in protections for the climate. For example, child and forced labor – slavery and child slavery – are misdemeanors. And because of the agreement’s strange legal structure, even these are practically unenforceable.

7. Regulatory harmonization. Sounds pretty, right? There’s just one problem; the landscape of harmonized regulations proposed in trade agreements doesn’t exactly create a regulatory standard of justice and sustainability around the world. Instead it promotes a global race to the bottom. For example, governments in the EU operate on something called the precautionary principle: this means that new chemicals and GMO foods cannot be sold until they are proven to be safe. In the US, they can be sold unless they have been proven to be harmful – which means that the US has approved over 400 chemicals, as well as numerous GMOs, that are illegal in Europe. In order to “ease trade,” the pending Transatlantic Trade and Investment Partnership (TTIP), between the U.S. and the European Union, would make them legal on both sides of the Atlantic, and economists say the rest of the world would have no choice but to follow suit or be left behind. Pharmaceutical patents are another area in which regulatory harmonization is a threat. In the US, patent protection periods are exceptionally long, so pharmaceutical companies can charge more for brand-name products for a longer period of time. Harmonization would force poorer countries to adopt these long patent-protection periods, which means more people will die for lack of affordable medicines .

8. Privatization and outsourcing. We usually think that trade agreements are about goods shipped back and forth across the ocean, but in fact they also regulate services – including essential services, like water, power, waste management, public transportation, health care and education. For some time now, trade agreements have been “liberalizing” these sectors, which means systematically taking them from the hands of governments and passing them into the hands of private corporations (including foreign corporations.) As usual, this is bad news for people in poor countries, as well as for the poor in ‘rich’ countries, who can’t afford to pay for high-quality private health care, education, water, etc. Oh, and one other thing: under pending trade agreement CETA, once a service is privatized it must remain privatized forever.

9. Countries handcuffed. To top it off, trade agreements include various ‘handcuff’ clauses that make them nearly impossible to get out of once they are signed. Under CETA, for example, countries are still subject to the ISDS system for twenty years after they withdraw, leaving plenty of time for a new pro-trade administration to come in and reverse the decision to pull out. The TPP had no expiration date, and would have been virtually impossible to repeal.

10. Good for a few rich corporations. So if workers and environments are only harmed in this borderless landscape of financial opportunity, who benefits? A few multinational corporations and global banks, of course! So do the corporate lawyers who specialize in ISDS cases, and actually sit around just looking for new environmental and labor protections to challenge. In fact, they now have started a tidy side business in soliciting investors who gamble on the outcomes.

So now you know. What can you do?

The huge transnational corporations that benefit from trade agreements are also like vampires; they suck profits out of the world, concentrating wealth in fewer and fewer hands. Stop feeding them. Support your local economy in every way you can (see resources below). Funnel your money, your time, your talent, your resources – your lifeblood – into your community instead of into corporate coffers.

But most of all – since they’re not teaching us this in school, we’re going to have to teach each other. Spread the word – make sure all your friends understand the truth about trade agreements. Even if it seems like the vampires are going back underground, we’d be naïve to think they’re actually dead. As Trump negotiates bilateral trade agreements between countries, we will have to watch closely for all the same features we saw in the TPP – and be ready to resist. So shine a light on them all!

Check out these resources to learn more about ways to help people, the planet and local communities thrive:

Isabel Marlens works on research and social media for Local Futures, and runs the Planet Local web series. She studied Ecology and English Literature at Bennington College, and has done native plant conservation, forest ecology research, and research for various documentary film and writing projects in the areas of social and environmental justice. 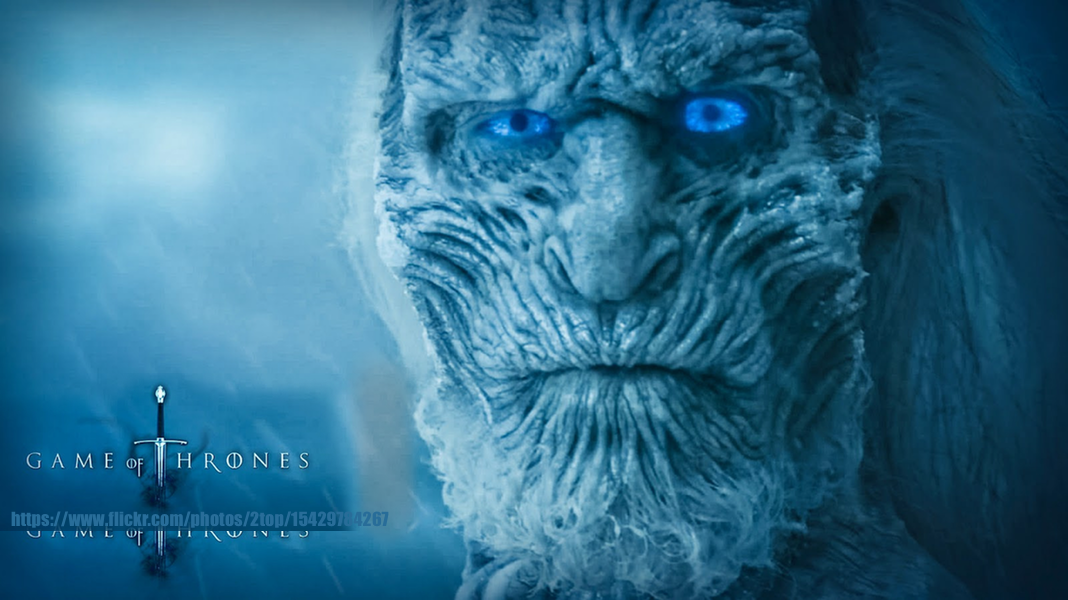 Do not go to COP my friend

« Previous post
The Sharing Economy: It Takes More than a Smartphone
Next post »
Transition To A New HUman Ecology