April 11, 2015by Jason6 CommentsCapitalism is Just a Story, Commons, Do we Live on a One Party Planet?, Featured, Ideas, Money, Power, Secrets

This is a version of an article which originally appeared in the Guardian on March 30, 2015.

This is a big year for the development industry.  In September, the world’s heads of state will gather in New York City to decide on the new Sustainable Development Goals (SDGs), which will replace the Millennium Development Goals as they expire.  This process might sound mundane and wonky to people who don’t follow the development space, but it’s incredibly important – and the stakes are terrifyingly high.

You’ve probably already heard the headline claim of the Millennium Campaign – the one that gets repeated in every official speech and appears in all of the UN’s glossy reports.  They tell us that they succeeded in cutting global poverty in half over the past couple of decades.  Its sounds like brilliant news, but – as I’ve written before – unfortunately it’s just not true.  The numbers have been furtively manipulated to make it seem as though our economic system is working for the majority of humanity when in fact it is not.

The SDGs are taking this dubious good-news story a step further.  This time, the main goal is not just to further reduce extreme poverty, but to eradicate it entirely – and to do so by no later than 2030.  This is a welcome move: it’s about time we finally got around to putting poverty eradication firmly on the agenda.  But it also raises some tough questions.  Is poverty eradication actually possible under our current economic system?  Or will it require a radical overhaul of the status quo?

Just a few weeks ago, economist David Woodward tackled these questions in an article published in World Economic Review.  His findings are shocking.  He shows that, given our existing economic model, poverty eradication can’t happen.  I don’t mean that it probably won’t happen – I mean it physically can’t.  It’s a structural impossibility.  And this fact forces us to confront some very sobering realities about how the global economy works.

Let’s be optimistic, and go with the best possible scenario.  Let’s assume that we can maintain the fastest rate of income growth that the poorest 10% of the world’s population have ever enjoyed over the past few decades.  That was between 1993 and 2008 – after the Third World Debt Crisis of the 1980s and before the most recent financial crash.  During that period, their incomes increased at a rate of 1.29% each year.  That’s the very best that the Millennium Campaign has been able to offer.

So how long will it take to eradicate poverty if we extrapolate this trend?

The answer: 100 years.  That’s what it will require to bring the world’s poorest above the standard poverty line of $1.25/day.  Compare that with the SDGs’ 2030 target.  And keep in mind that Woodward’s methodology is not able to capture the poorest 1% of the world’s population, who will still remain in poverty even at the end of this period.  That’s 90 million people, more than the present population of Germany, who will remain in poverty forever.  So it’s not really “eradication” at all.

To reiterate: this is an extremely optimistic scenario.  It does not account for the slowdown in income growth since the financial crash, or the spikes in food prices that have effectively wiped out the incomes of the poor over the past few years, or the fact that climate change is already unraveling development gains across the global South.  It imagines all of this away, and assumes that no further economic or ecological crises will happen in the next 100 years – which is a very big assumption indeed.

As if the 100-year timeline isn’t disappointing enough, it gets worse.  A growing number of scholars are beginning to point out that $1.25/day – which is the official poverty line of the SDGs – is actually not adequate for people to survive on.  In reality, if people are to meet their most basic needs and achieve normal human life expectancy, they need closer to $5/day.  So how long would it take to eradicate poverty at this more accurate line?

Why is this?  Because the development industry’s only strategy for reducing poverty is to increase global GDP growth.  They have no other idea.  And GDP growth doesn’t really benefit the poor – or the majority of humanity, for that matter.  Of all the income generated by global GDP growth between 1999 and 2008, the poorest 60% of humanity received only 5% of it.  The richest 40%, by contrast, received the rest – a whopping 95%.  So much for the trickle-down effect!

This raises an interesting question.  How much would the global economy need to grow to eradicate poverty – according to the best possible scenario?

Well, if we go with the $1.25/day line, we will have to increase global GDP to nearly 15 times its present size.  And at the $5/day line, we would have to increase it by nearly 175 times.  In other words, if we want to eradicate poverty with our current model of economic development, we need to extract, produce, and consume 175 times more commodities than we presently do.  This is horrifying to contemplate.  And even if such outlandish growth were possible, it would drive climate change to unimaginable levels and wipe out any gains in poverty reduction.

It’s a farcical proposition – a cruel joke played at the expense of the poor.  And, as if to add insult to injury, to achieve this level of GDP growth, global per capita income would have to be no less than $1.3 million.  In other words, the average income would have to be $1.3 million per year simply so that the poorest two-thirds of humanity could earn $5 per day.  It’s completely absurd, and it shows just how deeply inequality is hardwired into our economic system.

Let’s be clear: it is in fact possible to eradicate poverty without destroying our ability to inhabit this planet, and to do it in far fewer than 207 years.  But to do this we will need to adopt a completely different economic model – one that rejects the madness of perpetual material growth and works toward a fairer and more rational distribution of our planet’s already immense collective wealth.  There’s no other way around it.

Unfortunately, the SDGs do not provide the answer, because they are not allowed to challenge dominant economic interests.  Growth, production, and consumption remain at the center of their agenda.  This is their only strategy.  Yes, it’s all qualified by terms like “inclusive” and “sustainable”, but there are no clear commitments on what this is supposed to look like.  And there is no recognition of the fact we’re already overshooting our planet’s total biocapacity by about 50% each year.  The SDGs fail to accept that we need to curtail aggregate consumption, not increase it.

We know what it will take to eradicate poverty.  We need to abolish Third World debt, close down the tax havens, install a global minimum wage, place a moratorium on land grabs, and put an end to the structural adjustment programs that allow rich countries to control the fates of poor countries.  On top of all this, we need to dethrone the GDP measure and replace it with something more rational – like the Genuine Progress Indicator or the Happy Planet Index.

Of course, the corporations and rich-country governments that control the SDG process are very unlikely to go along with this, because it would threaten the interests of the global 1%.  But that’s exactly the point, and we need to be making it every chance we get. 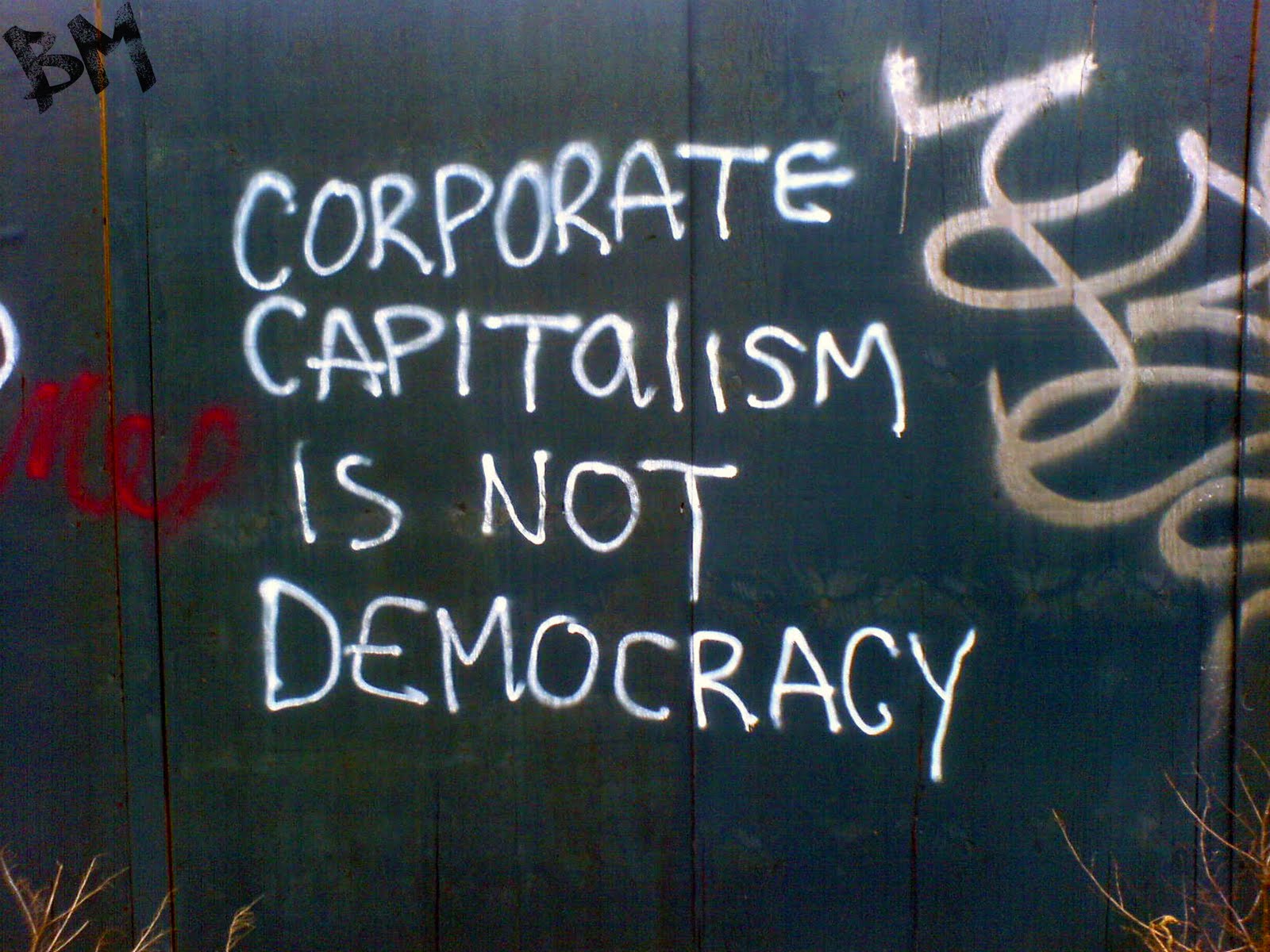 « Previous post
Changing the World Means We Have to Change Ourselves First
Next post »
The Illusion of Legitimacy: The predatory borrower and inequality